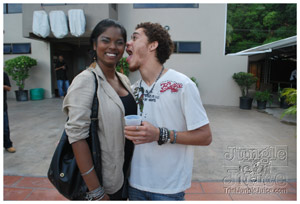 VENUE/ACCESSIBILITY:
Even though the venue was partially covered the outdoor ambiance was very  present. Nice cool sea breeze.

VIBES:
11 competing bands to qualify for the Finals. $40,000 worth in cash and prizes. Good rock n roll music was in endless supply. Every band played their hearts out. The talent was unbelievable. The Judges had a tough job. Transition time between bands were short. There was no excessive waiting period between bands. The show finished at 12midnight as planned

FOOD/DRINKS:
The bar closed before the show finished.

SERVICE:
Security and service were kind.

COST/VALUE:
$100.00 worth every cent.
The show started 1 hour late but finished on time.