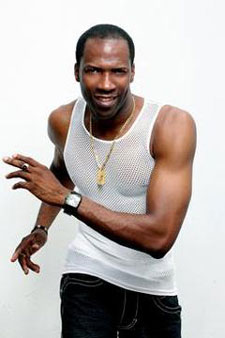 Toronto Canada loves Shurwayne Winchester and YOU. On the band’s Facebook fanpage, an outpouring of adoration for the reigning Groovy Soca Monarch and the musical unit, YOU gives way to the sentiments of followers who yearn for Shurwayne to come to an arena near them- if only to feel the rhythm of his on stage movement.

In T&T, the 2011 Carnival season is quickly creeping up, but like a leopard set to leap forward, Shurwayne and YOU are ready to own the town- claim their space and invoke the vibe of a culture they know and love, into the hearts, minds and souls of not only Trinbagonians, but every individual who’ll visit Carnival island in the year ahead. For this rhythmic clique, it’s not a seasonal gig. Music for the men who sit within the walls of the SW Limited studio in Arima, is a year round duty- a year round ritual that lends to their strive for perfection.

On August 22, their dynamic capability to capture both the young and mature, Indian, White, Chinese and Blackshowed. They made everyone move, stole their attention and took the patrons at Fiesta Plaza, Movie Town on a true musical journey filled with versatile beats. From reggae to hip hop, soca, kaiso and love ballads- Shurwayne Winchester and his frontline cohort Prestan, backed by the band many say will soon be #1- left nothing to chance, pleasing the crowd in every sense of the word. The occasion then was the wind down to Bmobile’s Hot Ticket Summer campaign but with Carnival merely six months away- the crew assured their audience that the best was yet to come.

On Wednesday, August 25- Winchester will unleash track one heading into C2K11. “ We’re #1” is an anthem and it’s strategically being placed into the musical arena in the last week of August- this as the island gears up for the Greatest Show on Earth. At Fiesta Plaza they got the crowd chanting it. “ We’re #1,” they sang, and with that accomplished, Shurwayne’s confident he’ll have the rest of the country, the Caribbean and the Carnival loving world singing along just the same, in little to no time.

Log on to www.shurwaynewinchester.com for all that’s new, all that’s happening in the world of a hot band that’s ready to levitate. Become a fan on Facebook- Keyword: Shurwayne Winchester & Y.O.U.