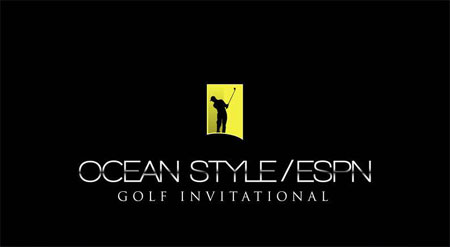 New York (NY) - ESPN commentators and former footballers, Shaka Hislop (Newcastle United and Trinidad and Tobago) and Robbie Earle (Wimbledon FC and Jamaica) are expected to be joined in the Caribbean by a star-studded cast for the OCEAN STYLE/ESPN Golf Invitational to be held next month at the luxurious Half Moon Resort in Montego Bay, Jamaica.

Due to the tremendous reception of the first year the event has been expanded from a one day tournament to now take place over two days (October 9 and 10) at the Half Moon Golf Course. The format remains 4-person teams playing in a better ball format.

ESPN and OCEAN STYLE expect an equally compelling line up for 2010 with most of last year’s stars expected to be joined on the tees by the likes of Dwight Yorke, Les Ferdinand and all 7’2” of NBA great Dikembe Mutombo.

Last year’s winning teams were treated to some terrific prizes including VIP treatment at a Miami Heat game in Florida and a customized tour of ESPN’s headquarters in Bristol, Connecticut. The event was widely featured in local, regional and international media.

ABOUT OCEAN STYLE:
OCEAN STYLE produces OCEAN STYLE TV and OCEAN Style Magazine with a mission of using television, print and web, to show the world the rich, fabulous, and engaging Caribbean life.

OCEAN Style Magazine blends the finest in fashion, beauty, food, luxury travel and entertainment with engaging features and profiles of designers, artists, tastemakers, and celebrities to showcase the good life to be had in the Caribbean.

OCEAN STYLE TV is a 30-minute show comprised of a worldly mix of travel adventures, runway showcases, event and fine living features. The show is broadcast to 85+ Million Households across a number of different markets that include the US, Caribbean, Europe and North Africa.