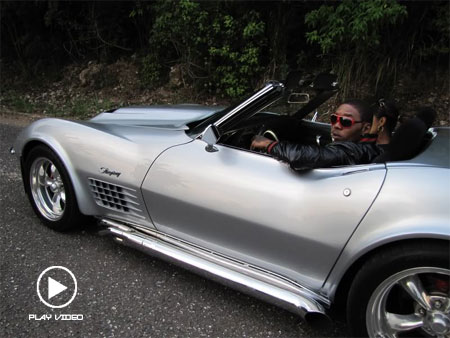 Kingston, JA/New York, NY (RAINE PR): Dancehall superstar Vybz Kartel's brand new video for his zinging singles "Dumper Truck" and "Never Get a Gyal" is set to make its television debut on Television Jamaica's Entertainment Report on Friday, October 8th at 9pm. The video, directed by Kirk Lee for RoadBlock! Films, has already been generating a buzz on entertainment blogs and youtube, racking up thousands of views since its Internet release on Monday.

"It's just RoadBlock and Vybz Kartel taking dancehall videos to yet another level in terms of scenery, props, story line, and quality editing," states Vybz Kartel, who also worked with Roadblock on the video for his street banging fashion anthem "Jeans and Fitted."

"Working on the video was enjoyable, which is usual when working with cool people like Vybz Kartel, and doing what I love," says Kirk Lee. "It was also a learning experience, as is every project. With each video we just keep getting better."