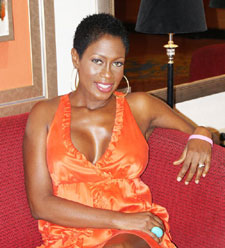 POS, Trinidad (Sonique Solutions) – The highly anticipated “Beat Breast Cancer Music Festival” has been creating quite a stir in the socially conscious Caribbean community. The All-Inclusive concert extravaganza is set to rock the Queen’s Park Savannah in Trinidad and Tobago on Sunday 31st October. However, other territories in the English-speaking region such as Barbados, Jamaica, St.Kitts, St. Lucia and St. Vincent can also experience the superb entertainment and support this very worthy cause due to the concert’s live cross-Caribbean broadcast courtesy telecommunications company Bmobile.

This first annual Beat Breast Cancer Music Festival is being hosted by the Basia Survivor Network (BSN). BSN is spearheaded by Alicia Powell who is a well known Caribbean media personality and cancer survivor. Powell started this network for persons suffering with breast cancer while herself undergoing chemo therapy during her journey to recovery. This support group and system which is unique for the Caribbean provides weekly professional services, free of charge to persons diagnosed with and surviving breast cancer and is intended to assist those experiencing emotional unhappiness and fear as a result of a cancer diagnosis.

Powell, who has interviewed some of the region’s biggest musical stars and entertainers, considers the conceptualization and implementation of BSN and the BBC music festival to be an instruction to her from God. She shared that she wanted to change people’s impression of breast cancer as a death sentence. She believes a big part of the cure for cancer is happiness, and that chemo is the medical intervention but happiness is the real cure.

According to Powell, “Cancer doesn’t have to mean death; it can be a life changing experience. My recovery period gave me time to focus on an impactful idea to raise funds and awareness thus, the BBC Music Festival.

She is thankful to her sponsors who were bold enough to align their brand with the cause. Regarding Bmobile’s sponsorship of the live airing of the 6 hour concert, she stated, “Bmobile coming onboard spoke volumes about what we have been able to achieve with this cause”.

When asked about Bmobile’s participation as sponsor of this initiative, Executive Vice President of Mobile Services at TSTT Lisa Agard said, “Bmobile decided to be the broadcast sponsor of the Beat Breast Cancer Music Festival because Bmobile is an enabler and the organization has been aligned with cancer awareness and education in Trinidad and Tobago for over five years. Apart from financial support we have a number of employee volunteers who year after year, generously give of their time to help promote fundraising and public education. The Beat Breast Cancer Music Festival gives us the opportunity to continue to show our support for women courageously facing this illness and to help them understand that there are many people and organizations out here that care about them. Bmobile sees itself as being part of the solution for these women to take back control of their lives”.

Agard added, “I know of many women, colleagues and family members that had been diagnosed with cancer and I know of the fear, anxiety and helplessness that attends the disclosure. I think the Basia Survivor Network and the BBC music festival are powerful vehicles for breaking the shackles of fear and isolation that gives cancer and breast cancer so much power over women. What people should take away from the network and the concert is that women have the power; by early detection, follow up treatment and holistic self management; women have the power to survive cancer”.

All proceeds will go towards the Basia Survivor Network’s sponsorship of CT-pet scans (which give accurate cancer diagnoses), reconstructive surgeries and other such treatments for those survivors in need.