From Asia to Jamaica, Reggae Sounds from Around the Globe Give Thanks in NYC 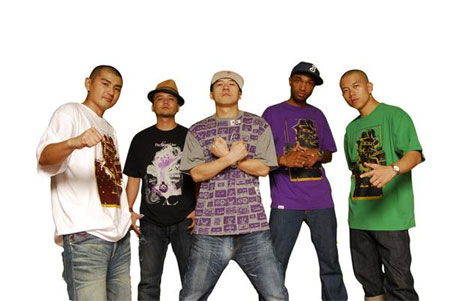 "Anywhere you go in the world, whether it be Europe, Asia, Africa, there is always a connection to Reggae or a Reggae cultural influence in one form or another. You can go to Japan and see Japanese kids with dreadlocks wearing red, green, and gold, and singing Bob Marley lyrics," states Steelie Bashment, New York's signature Reggae/Dancehall soundman (dj). "Thanksgiving History 2K10 is about celebrating Reggae's global impact. We have sound systems from three different continents and soundmen of various races and ethnicities coming together in 'the melting pot' of New York City to represent for Reggae."

Thanksgiving History 2K10 features German-born, British raised sound icon David Rodigan, who was first introduced to Jamaican music in the mid-1960's, when Jamaican singer Millie Small performed her Ska hit, "My Boy Lollipop" on British television. Since the 1970's Rodigan has been a staple on radio, bringing Jamaica's thumping drum and bass sound to thousands of British households through Radio London, Capital Radio, and England's Kiss FM. Rodigan has served as a tour dj for international Reggae acts, and has 'clashed' or competed against Jamaican sound system giants such as Stone Love, Bass Odyssey, Killamanjaro, and Jamaican radio/sound legend Barry G. In 2008, Rodigan's sound was featured in Grand Theft Auto: Episodes from Liberty, a compilation of downloadable content from the Grand Theft Auto IV video game.

Known as the "Far East Rulers," Mighty Crown is Japan's groundbreaking sound system, upholding the country's Reggae/Dancehall scene for almost 20 years. Not only does Mighty Crown thrive as one of the industry's most renowned and explosive sounds, they also produce Japan's largest Reggae festival -- Yokohama Reggae SAI -- which attracts more than 40,000 people annually. And to top this feat off, The Far East Rulaz also have a clothing line, clothing store, record label and magazine. In 2009, the outfit landed their second sneaker deal with Nike -- resulting in the hip and limited edition Mighty Crown Dynasty High sneaker. These kicks were a monstrous hit and sold out soon after their highly anticipated release.

Tony Matterhorn aka Tony Mentally-Ill aka the Man from Mars is one of Dancehall's most beloved characters - outspoken, outrageous, and outstanding. Jamaican-born Matterhorn came to prominence in the early 1990's as a soundman on New York City's famed King Addies sound system.Known for his aggressive style of 'selecting' or spinning records, and his over-the-top personality, Matterhorn toured the world exclusively for live stage shows and clashes. In the 2000's, Matterhorn tried his hand as a Dancehall artist, scoring an international hit in 2006 with his single "Dutty Wine" which sparked the dance craze. Vibe Magazine listed "Dutty Wine" as one of the year's most influential songs.

Thanksgiving History 2K10 producer/promoter Steelie Bashment, born and raised in Brooklyn, has grown from a soundman into a brand synonymous with Caribbean music, media, and entertainment in New York City. In addition to being one of New York's most in demand soundmen, Bashment is also promoter, hosting two of the City's most popular events: Steelie Bashment's Annual Birthday Celebration, and his annual Labor Day party that kicks of the City's West Indian American Day Parade festivities. In 2003, Steelie Bashment launched Waah Gwan Radio, an Internet station that quickly rose to be a leader in Caribbean media, with DJs and personalities from Jamaica, Trinidad, and Guyana covering the gamut of Island music and entertainment. In 2010, Steelie Bashment started Bashement Karib Media, a multi-media and promotions company.

2 Responses to "From Asia to Jamaica, Reggae Sounds from Around the Globe Give Thanks in NYC"