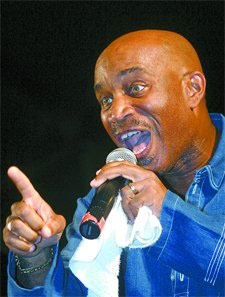 Colin Lucas recently released a new recording of "Dollar", or "Dollar Wine", as the song has been spontaneously termed by the global community. Carnival 2K11 will officially mark the twentieth anniversary of the song which has become a global hit and anthem. In 1991, when it was released, it became a runaway hit and won the road march in every carnival, including South Florida and Caribana in Canada, the one exception being Trinidad and Tobago. In addition, the song garnered numerous awards, among them being: Record of the Year and Best Party Song from the New York based Caribbean Music Awards; Best Party Calypso and Most Creative/Humorous Calypso from the Sunshine Awards; Calypso of the Year from the Everybody Magazine Award; Best Party Song and Most Creative/Humorous Song from the National Award for Excellence in the Arts (NAFEITA). In 2006, it was awarded the Copyright Music Organisation of Trinidad and Tobago (COTT) Award for Classic of the Year.

Dollar continues to live on and has become a classic in the music world. In the almost twenty years since its first release, it now rules the Cruise Ship and Tropical Resorts markets as the most frequently requested tune among cruise passengers and guests, who refer to it as Dollar Wine, or the Money Song, or even the Dime Song. It is in this context that the song was revisited, with a completely new version being recorded, for a new generation to engage with and be entranced by. Prepare your pocket and your waist for Dollar Wine 2K11.

The new version of Dollar (Dollar Wine) can be heard at www.reverbnation.com/colinlucas.