Ocean Style, Kerry And ESPN Up The Ante For 2010: Couture Caribbean

2010 Weekend of ‘fashion.golf.party’ features Celebrities, Fashion, After Party and Great Golf Prizes – US$1 Million Hole in One, Courtside Seats for the NBA’s New Jersey Nets and a Round of Golf with Hollywood Actor Anthony Anderson 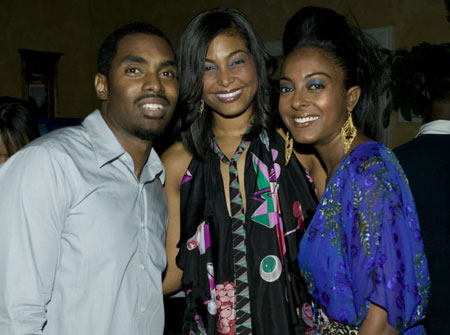 (MIAMI, FL – November 09) OCEAN STYLE, ESPN, KERRYmanwomanhome and event partners are pulling out all the stops to make the 2010 FashionShowcase, Appleton Estate After-Party and OCEAN STYLE/ESPN Golf Invitational the best iteration of the weekend event to date. Now in its third year the ‘fashion, golf and party’ weekend takes place Friday November 19 through Sunday November 21 at the luxurious Half Moon Resort in Montego Bay, Jamaica.

The event is being presented in association with Supreme Ventures and sponsored by LIME, Half Moon Resort, Appleton Estate, CVM-TV, The Jamaica Observer and Mega Jamz.

This year OCEAN STYLE welcomes back a number of famous faces including Grammy-Award winning Bryce Wilson, Fashion superstar Freddie Leiba, Reggae songstress Tanya Stephens and Footballer, and ESPN Commentator, Shaka Hislop to name but a few. Joining them on his first ever trip to the Caribbean is star of The Blind Side Quintin Aaron along with other famous faces from whom we are presently awaiting confirmation including Selita Ebanks, Gabrielle Union, Tyson Beckford, Tyrese, Boris Kudjoe and Evander Holyfield.

The catwalk at FashionShowcase 2010, produced alongside Jamaica’s most exquisite Fashion Boutique KERRYmanwomanhome, will feature top international designers along with several emerging Caribbean designers and some of the trendiest brands in fashion at the moment, including Red Carter and a collection by Jose Duran. Duran, a Paris-based Dominican Republic designer, is one of the hottest names in fashion these days having recently wowed Fashion Week audiences from the catwalks of Paris and New York. He will be visiting Jamaica for the first time to accompany his collection.

The clothes will be draped across an international cast of models, flying in from across the Caribbean, London, Toronto and New York and produced under the direction of Show Producer Tyron Barrington.

“Glamorous, Fashion Forward and Inspiring – this and more at this year’s FashionShowcase. I am excited, to say the least!” - Kerry-Ann Clarke, Owner, KERRYmanwomanhome.

The invitation-only event brings a sophisticated, chic, fashion-forward crowd together at the luxurious Half Moon Hotel in Montego Bay, for an elegant evening of fashion and frolic.

“This year we plan to up the ante from the décor, being done by the incredibly talented Tai Flora, to the staging and artistic presentation of the show. It has been the long term objective to ‘showcase’ internationally recognized designers, from the likes of Ralph Lauren, Roberta Cavalli, Etro, Custo Barcelona and Calvin Klein, and carry a collection by one designer to close the show in a significant way. We feel extremely fortunate to have found that combination with Jose Duran whose Caribbean roots and international recognition allow us to bring to the catwalk the best of both worlds. It provides tremendous motivation for seeing how this event can develop in years to come as a platform for showcasing world-class Caribbean design talent alongside internationally established brands.” - Douglas Gordon, Editor in Chief OCEAN Style Magazine and Executive Producer OCEAN STYLE TV.

KERRYmanwomanhome will also be holding a trunk show again this year on the Friday before the event at her store in Montego Bay.

Offering a chance to unwind and celebrate, The ‘Appleton Estate After-Party’ will take place on Saturday November 20 at that newly expanded and renovated Black Pearl nightclub in Montego Bay and if 2009 is any indication it is likely to run from 11pm until the wee hours of Sunday morning. The club which is about to reopen after undergoing significant upgrades and expansion will offer a unique opportunity to party with the celebrities, international models and VIP’s who will be in Jamaica for the event. Besides copious cocktails and innovative beverages the crowd will get a chance to groove to sounds from some of the hottest DJs in Jamaica with a few special guest appearances on the turntables.

Tickets for the After-Party are available at select retail outlets and KERRYmanwomanhome stores. 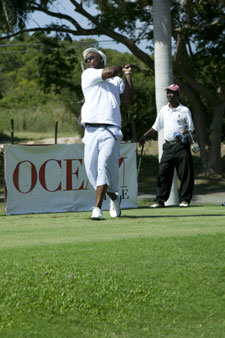 After a highly successful inaugural event in 2009, with players singing high praise for the ‘fun factor’ of the 4-team Scramble Format, the OCEAN STYLE/ESPN Golf Invitational returns on Sunday November 21 with the hope of crowning a winner of the US$1 Million Hole in One Prize.

Last year’s top teams enjoyed prizes that included a trip to ESPN’s global headquarters and multi-million dollar digital production facility in Connecticut and watching a Miami Heat game from the comfort of a VIP box. Both action-packed prized were ‘fully loaded’ including airline tickets, food, drinks and accommodation for each team member. Additional prizes included weekend stays at Half Moon and Couples Resorts and VIP booths at the popular Kingston nightclub Fiction.

This year there will be a number of additional prizes for the winning teams, including a trip with air and hotel back to the ESPN Campus, a private round of Golf with Hollywood actor Anthony Anderson and an incredible all-inclusive trip to New York to sit COURTSIDE for an NBA New Jersey Nets game.

For more information on the Couture Caribbean weekend or to register for the Golf Invitational visit oceanstylemagazine.com.

About Ocean Style:
OCEAN STYLE produces OCEAN STYLE TV and OCEAN Style Magazine with a mission of using television, print and web, to show the world the rich, fabulous, and engaging Caribbean life. OCEAN STYLE TV is a 30-minute show comprised of a worldly mix of travel adventures, runway showcases, event and fine living features. The show is broadcast to 28 islands, 3 continents and over 85 Million Households across a number of different markets that include the US, Caribbean, Europe and North Africa. OCEAN Style Magazine blends the finest in fashion, beauty, food, luxury travel and entertainment with engaging features and profiles of designers, artists, tastemakers, and celebrities to showcase the good life to be had in the Caribbean. For more please visit: www.oceanstylemagazine.com

ABOUT KERRYmanwomanhome
KERRYmanwomanhome - Given the frenetic pace that has come to define retail shopping in Kingston, Kerry manwomanhome has been a breath of fresh air since its inception in 2004. This modernist and coolly understated lifestyle boutique now boasts two stores, the flagship in Kingston, and the latest edition in Jamaica’s second city -Montego Bay. This classy boutique truly emerges as a cool cosmopolitan oasis in Jamaica! Offerings are not limited to the mandatory au courant fashion, but include everything from art to soap to scented candles and the much sought after luxury coffee table books.