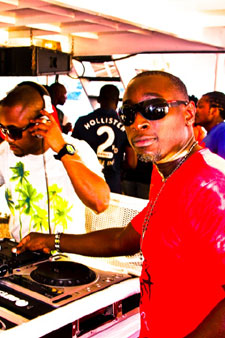 Port-of-Spain, Trinidad- Nov 16, 2010:- Two brothers in music. Two professionals who’ve proven themselves in the field of entertainment, so much so that they’re now conquering new ground one day at a time. Under the banner, “The Firestorm Movement,” Leslie Moore, better known as Ezel and his long time friend and DJ partner, Rodney Gordon- aka John Boy, are venturing into a brand new sphere, one that they believe will appeal to a wide cross section of the population.

At 31 years of age, Ezel – the voice of the Firestorm Movement, is ready to make his mark in entertainment in T&T. He says the ultimate goal of the company- Leslie and Rodney’s Firestorm Entertainment is to provide quality entertainment to the masses in the most professional manner. Firestorm is already known for its strength in the game. The pair of Ezel and John Boy has delivered time and time again- the essence of vibe, energy and enjoyment party lovers yearn for. Their level of understanding of the industry added to a natural and untamed appreciation for their respective crafts- has fueled their drive to offer more to the entertainment arena.

On December 5th, their second boat cruise for the year, sets sail at 4am with a 500 strong crew of eager party lovers on board. The cruise, aptly dubbed 500- has already been rated as one of the strongest events in the month of December. Its breakfast/ sunrise concept is just one of the many ideas that seeks to provide patrons within the 26-40 year old demographic with a level of recreational enjoyment that surpasses all other. Firestorm Movement’s first boat ride, held on October 10th in conjunction with Guess Who Promotions saw an incredibly high emergence of music lovers assemble dockside at Pier II, Chaguaramas with many being left behind as a result of space constraints and tickets having been sold out. Much like the first time around, the 500 cruise, which will also see the launch of Jungle Fever’s J’ouvert band for carnival 2011, promises to be a sold out affair.

As Managing Director of Leslie and Rodney’s Firestorm Entertainment, Ezel, a voice at one of the island’s hottest urban frequencies, RED 96.7FM, guarantees that patrons attending any event hosted and promoted by Firestrorm Entertainment will reap the benefits of a well organised, conceptualised and structured event- from beginning to end. “Our focus is not just Trinidad and Tobago,” said Ezel, “ we’re forming an entertainment movement and people will get the best that we have to offer and the best from the people who work beneath our banner.”

With consistency and hard work comes success and with this mantra, the Firestorm Movement leaps forward, powerfully thrusting their collaborative energies into satisfying the needs of entertainment lovers across T&T and essentially, the world. 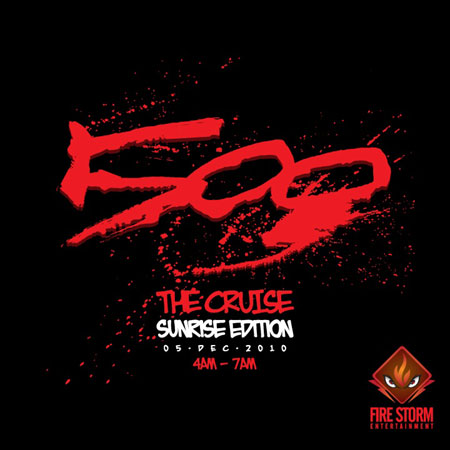