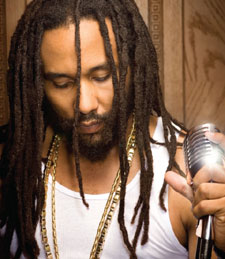 Since the start of this year’s One Love Reggae Concert winter series in Negril, music lovers in the tourist resort town have witnessed some very good performances over the last three weeks from the likes of Tony Rebel, Jah Cure and Gyptian. The promoter of the weekly concert series, Carey Wallace said that patrons can expect of more the same through out the series which runs until Tuesday the 19th of April next year.

The next concert in the series will be held on Tuesday November 23rd and will be headlined by none other than international reggae star Kymani Marley. It was just a few months ago that the very soulful rebel singer delivered a show stopping performance on the One Love Reggae Love Concert Summer Series, at the Nergril escape resort . Without a doubt his fans in the west and visitors to the island who are familiar with his prowess on stage will be expecting yet another splendid performance from him.

Also on the bill for this concert is reggae crooner Andy Livingston who is known for singles such as Good People, Searching For Love and My Promise, along with Negril based singer Timmi Burrell who made his mark on the series last year with a very classy performance when he opened for Sanchez.

All the concerts in the One Love Reggae Concert Winter Series are held at the beautiful Negril Escape Resort, which is located, on the West End (One Love Drive) of Negril.