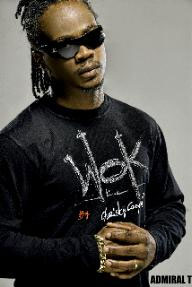 Organizers didn’t go back on their word: Saturday 17th of November 2007 will definitely remain a date that is not likely soon to be forgotten.

The sizzling winter forecast already looked promising when over a thousand island people showed up, braving the elements to attend the show of this one man, who came with a message of peace and unity for all the West Indies: the Guadelupian artist Admiral T did once again unleash an entire storm of emotions amid his audience.

Often held as a controversial figure, Admiral T’s lyrics are likewise too often misinterpretated for their sharp and realistic view on the nowadays society. However, he remains the unquestionable spokesman for a major community: those who still believe in a better future, those who reach out for their dreams and touch the sky. 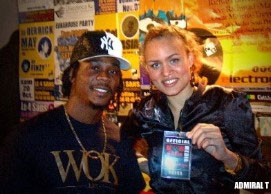 Also in the preview of the show was to be discovered Maylan: a young upcoming and talented reggae/dancehall and soca artist from the Indian Ocean. The whole session ingeniously orchestrated by Jamaican musicians in a relentless energy, ended up reaching its final goal by working the crowd up into a total frenzy.