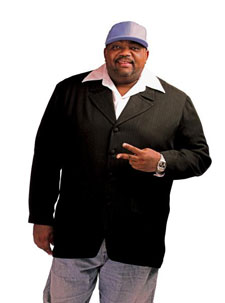 UK and Bajan native, Biggie Irie, scores another hit single with the song “Let’s Stay Together!”

Produced by Lockdown Records based in the UK, and penned by Biggie Irie, also known as the Big Papa of Groovy Soca and Lovers Rock, the riddim plays on the song made famous by Alton Ellis called “Breaking Up is Hard To Do.” In Biggie’s lyrics, the wording is changed to reflect a change of heart where he asks his love to ‘stay together.’

Upon release by L3 Music Distribution, the single was picked up by www.Reggae4Us.com, Kemet FM (both based in the UK), Reggae Radio Station in Italy, the Caribbean Only promotional compilation (which services music to BDS reporting radio station across the US as well as Central and South America), Ragga Kings radio based in Germany, and several radio stations in the Caribbean and Canada.

“The feedback to the song has been great,” said Biggie during his radio interview with Fete Net Radio (Fete Net) The Radio DJ’s and Sound System Selectors have been giving the single a lot of support. I’ll be singing live for my fans soon!” When asked how it feels to be on the same Riddim as veteran artists such as Maxi Priest and JC Lodge, Biggie said “we’re a musical family, so it was like being at home!”

Biggie will be performing across the islands in December and January. The artist promises that the audience will get a balance of his catalog being Groovy Soca and Lovers Rock.

1 Response to "Biggie Irie Scores Hit with "Let's Stay Together""