By Maria Victoria Malela
Published on 03-Dec-07
Born on March 29, 1981 on the island of Guadeloupe, Christy Campbell aka ‘Admiral T’ has promptly become a significant figure in the contemporary reggae/dancehall scene. His two consecutive albums: ‘MOZAIC KREYOL [Creole Mosaic]‘ (2003) and ‘TOUCHER L’HORIZON [Touch The Sky]‘ (2006) have both been greeted with general acclaim in the Greater Antilles as well as in the Western Countries and more precisely in France, where TriniJungleJuice met the artist on the occasion of his European tour...
ADMIRAL T: 'TOUCHER L'HORIZON (Touch the Sky) 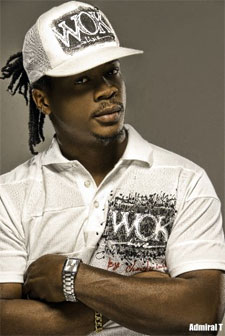