Biggie Irie Adopts the SAVE Foundation via his "Baby Momma" 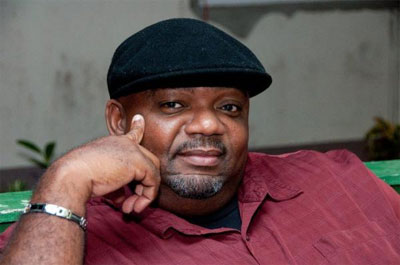 Within days of launching his latest reggae single titled “Baby Momma”, Biggie Irie adopted the SAVE Foundation (Service Alliance For Violent Encounters) and will become one of the local music industry’s advocates against domestic violence. The self penned track, produced by Randy Eastmond of Quantum Studios and was written by Biggie Irie. The song condemns domestic violence against women whilst at the same time reminding listeners about the importance of women in our society.

About this latest single the big Papa of Lover’s Rock and Groovy Soca “I don't like to think domestic violence exists but it does exist. Men who beat women are cowards and have no respect for themselves or the women they prey upon.”

Biggie Irie who is no stranger to the soca or reggae music scene has given the assurance that he will do all that he can to assist the newly formed SAVE Foundation to bring the topic to the fore. “I believe that I can help to spread the message through this song and also by going into schools and colleges and talking to young people to let them know that domestic violence is wrong.”

This latest release coincides with a period of 16 days of Activism celebrated across the world between the 25th November (International Day Against Violence Against Women and the 10th December, 2010 ( International Human Rights Day in order to symbolically link violence against women to human rights and to emphasize that such violence is a violation of human rights. This international campaign originated from the first Women’s Global Leadership Institute sponsored by the Centre of Women, Global Leadership in 1991.