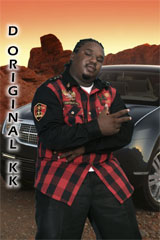 Slow, melodic and perfect- three words that describe the brand new joint hitting the streets of Trinidad and Tobago, the region and certainly internationally, in the next few days.

Get ready for “Funtime” by a collaborative entity that has amassed tremendous respect over the years. Jason Seecharan, better known by his sobriquet, Fridge of H2OPhlo, teams up with a Tobagonian brother known simply as KK. Together, the pair have written and laid vocals for the track, which can only be described as a fun-enhancer- a groovy hit that the world will be swaying to.

Richard Charsu Ahong is also credited with penning lyrics for the track, which is produced by C.J. Perez.

Fridge who’s known for some of the sweetest soca and R&B inspired songs shows his strength as an artiste once again as Carnival 2011 rears its head. For three minutes and forty-eight seconds, both he and Tobago’s son, KK offer visitors to the island a taste of just what T&T and other islands of the Caribbean have to offer. 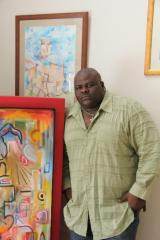 Encouraging party lyrics immediately pull any listener into the vibe of Carnival, leaving anyone ready for the Greatest Show on Earth.

The track’s groovy nature allows for people of varying countries to listen and understand while visiting T&T for the festive season. According to the duo, the music epitomises the sweetness of what the Caribbean as a whole, truly offers to the world at large.

“Funtime” is a feel good track inspired by the beauty of Carnival and in little to no time, the masses will be singing along to the rhythmic sweetness.