By TJJ Office Mgr
Published on 07-Dec-10
PORT-OF-SPAIN, Trinidad. December 7, 2010 - Look out for a movie in 2011 from the man who has, for the past two years crawled deeper and deeper into the Soca limelight- leaving nothing to chance and ... 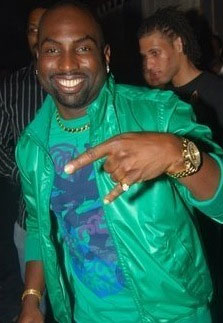 PORT-OF-SPAIN, Trinidad. December 7, 2010 - Look out for a movie in 2011 from the man who has, for the past two years crawled deeper and deeper into the Soca limelight- leaving nothing to chance and leaving many stunned.

Super Jigga TC is at it again, this time though it’s the launch of the Template 3+3. In the past two years, he tiptoed feeling his way into the world of Carnival revelry and energetic stage shows. In the season ahead, Super Jigga TC will stand tall and let it be known that he is a force to be reckoned.

The medley he currently rides is bubbling sweetly across the airwaves from island to island, and with no reason to stop or slow down, the Synergy Soca Star and Karry Yuh Key host says he’s got a bag full of tricks to unleash this week.

From Soca diva Destra Garcia to Caribbean girl Nadia Batson, Super Jigga TC will unleash tracks he’s collaboratively worked on for C2K11. This Friday, the Template 3+3 will bring to the fore, six tracks, two of which are already in rotation. His hit, “Speakerbox” along with “Confidence” alongside local hip-hop duo Nebula 868 will make room for four new guaranteed hits.

“Look At You,” “ Up Under Me” alongside Destra Garcia, “Sailing”- a collaboration with newcomer Jude which was written and produced by the one and only Kernel Roberts and “Do It”- a Nadia Batson penned track which was produced by Kelz, the youngest producer in the local music industry- will command the airwaves from December 10th.

It should never come as a surprise when things uttered by this DJ/ mic man turned entertainment guru, come to reality. Last year he made it clear that he would secure his spot in the semi-finals of the International Soca Monarch competition and that he did. This year, the King of Swag says he will take the Groovy Soca Monarch title from his Soca brethren, Shurwayne Winchester. What Super Jigga TC wants, he gets. He knows about hard work and he understands the world of music- so much so that not even the concept of “Template 3+3” was left to chance. It’s a movie in 2K11 and the trailers are ending. It’s now time for the main presentation. Get Ready!