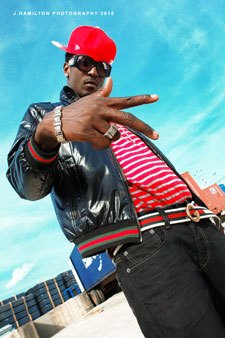 PORT-OF-SPAIN, Trinidad. December 9, 2010 - Mature and sexy. That’s the mantra of the Millionaire Family as the unit that has taken Trinidad and Tobago by storm, prepares to unleash their first Soca medley ahead of Carnival 2K11.

The Millionaire Family has been at the fore of the NEW Soca era for the year. Their vibe on stage and off is one in the same- electrifying. As the season of revelry on the island of steelpan, soca and calypso rears, the team’s 23- year-old producer, Mr. Spine of Holy House Productions has again struck gold.

Sexy and Mature- this is the audience the Millionaire Family will capture in 2011. Still holding fast to their zesty mix of Soca and dancehall, the troop is ready to ride the wave of Carnival momentum, this time though, on the very sensual Bed Spread riddim. Mr. Spine’s work has over the years proven unbeatable. His youthful flair is represented well in the beats and melodies he brings to the table. For this reason, the team of Makamillion, Orlando Octave, Kerry John, Buffy, Jesse, JahMel and Fadda Moses will in no uncertain terms, penetrate the season with their individually tantalizing offerings.

The concept for this particular riddim stems from sexual lust. Spine says in the past year, the popularity of the team has led to a greater inclination on the part of females to come at them boldly. “We love all of our fans and supporters but boy... sometimes it’s hard being in the spotlight! The ladies come at you with all their might,” he laughed.

Orlando Octave, Kerry John and promoter turned artiste, Makamillion- have all experienced the lust of women in the past year and they all feel the new riddim is fitting to the stories they’ve got to tell. Each artiste penned the lyrics to their tracks, making the Bed Spread riddim a true work of art.

“Our market is the 16-35 year olds however we really want to up the anti in 2K11. We want to show the grown, sexy, sophisticated and mature women, that we’re here for them too,” said Spine... and he is serious!
The riddim is a fusion of old and new school vibe, making it easily attractive to every person who simply embraces good music. The team’s hard work last season has earned them the respect of industry shakers and there’s no doubt that 2K11 will be much the same.

“The stage show is gonna be very different. Our style, dress code- everything’s gonna be out of the box,” guarantees the super producer.

The Millionaire Family is on the grind to ensure their supporters get just what’s needed on stage at events throughout carnival. With that their inspiration, they keep working with sights of a strong season up ahead.