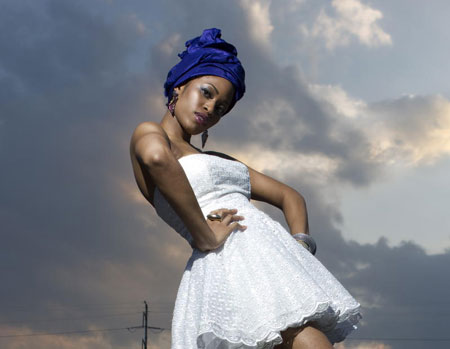 It has been almost four years since reggae songstress Cen’C Love first hit the local airwaves with her sultry R&B flavored reggae track titled A Little More Time. That song brought her a fair amount success, as it placed her on reggae charts both locally and abroad. The talented young lady who is the daughter of reggae icon Bunny Wailer has also made her mark as vibrant stage performer by delivering memorable performances both locally and internationally at events such as Western Consciousness 2008, Cannabis Cup in Amsterdam and Wind Down in Atlanta.

After taking a short break from the Jamaican music scene Cen’C Love is now ready to regain her place in the reggae music industry. Over the last twelve moths or more she has spent a lot of time in the studios recording a number of top quality songs. One of those songs is the upbeat Casanova which was recently released on Itunes and is the first single off her soon to be released debut album titled Love Letter which will be released early next year.

Since its release Casanova has enjoyed a fair amount of airplay both locally and abroad. In order to further promoter the single, Cen’C and her management team are getting ready to release the official accompanying music video for the single as she intends to make a serious mark on the local music scene heading into the new year.