Richie Spice and Rick Ross to share spotlight in Bahamas 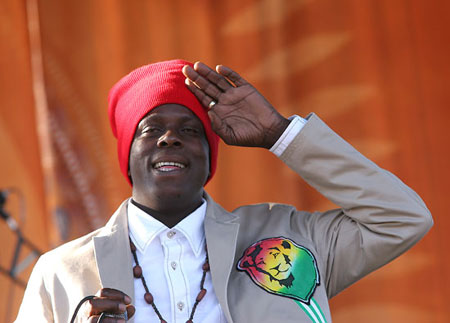 Top flight reggae singer Richell Bonner aka Richie Spice recently wrapped up production on his long awaited album for VP Records which is titled Book of Job and is looking forward to bigger and better things in 2011. The album which will be his 5th official full length release is scheduled to be released early next year. Several songs from the album such as Black Woman, Legal, Find Jah and Mother of Creation are already receiving strong rotation both locally and abroad. A music video for Black Woman which is the first single off the Book of Job was recently filmed and released.

Also on the cards for Richie Spice are a number of shows both at home and overseas. This weekend he will be heading for the island of Bahamas to perform alongside US Rap star Rick Ross and Vybz Kartel on an event dubbed Sebas Christmas Party (The Biggest Party Ever), this event will be held at the Wyndam Nassau Resort & Crystal Palace Casino in Nassau Bahamas.

Richie Spice is also booked to appear on this year’s staging of the biggest one night show on earth Sting 2010. He will be performing in the segment of the show which has been dubbed 13 Warriors of Sting.