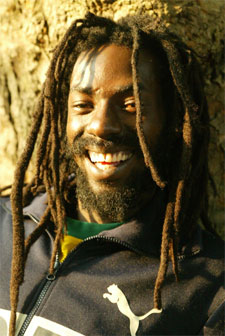 New York: International reggae icon Buju Banton broke his silence to the USA media on Monday, December 20, exactly 41 days after he was granted bail in a Florida courtroom. The interview, which was done with New York based Irie Jam, 93.5 FM, lasted about 12 minutes and will air on Christmas Day, Saturday, December 25, 2010 - a Christmas gift for his fans in the NY tri-state area who have supported him during his ordeal.

"Greetings to all the tri-state area" was how the Gargamel greeted fans in the telephone interview with DJ Roy from his home in South Florida. "I truly appreciate your support and I want you to know this is my first interview since I was released on bond."

Banton's decision to make Irie Jam his first, reiterates the close bond and trust that exists between the artiste and station executives.

"Apart from a natural music industry fostered relationship, Buju Banton has been a true friend and family member to Irie Jam Radio for many, many years" Louie Grant, VP of Irie Jam radio explained. "The entire team is compelled, yet equally honored to stand shoulder to shoulder with Banton, his family, friends, loyal supporters and well-wishers during and beyond these challenging times – a resolute position that we have all been encouraged to demonstrate by his lyrics and music over the years. We are therefore very humbled that Rockers Island and Gargamel Music, producers of his upcoming Before the Dawn concert in Florida, have engaged us to play an integral role in the planning of this eagerly anticipated concert – prophetically and aptly named after Buju's most recent 2011 Grammy nominated project."

The "Buju Banton & Friends - Before The Dawn" concert takes place at the Bayfront Park Amphitheater in downtown Miami on Sunday, January 16 during the Dr. Martin Luther King holiday weekend. The concert will provide Banton the opportunity to personally thank fans for their support during the turbulent times. He is looking forward to performing on stage once more and is promising fans a special treat.

"I have not sang for my people from my heart in a long while. I want to pour my heart out and my music to the people who have been there and supported me" he reassured fans.

"Remember I am a man that sings about suffering, struggling, oppression and depression all my life; I try to uplift other people. Now that the shoes are on my feet, I can personally identify with such rigerous treatment" he said.

Irie Jam is leading the charge of fans and supporters from the New York metro region expected to converge in Miami for the milestone concert that will present Banton in his first performance in more than a year. A number of top music stars including Steven Marley, Wayne Wonder, Shaggy, Tony Rebel, Gramps Morgan, Sly & Robbie, Freddy McGregor, John Legend, Marcia Griffiths, Beres Hammond, Jr Gong and DJ Khalead are confirmed to perform.

A special “fly away" package with Irie Jam radio DJs is being offered by Island Expert Travel for fans traveling to Miami. The package, which cost US$565.00, includes air, hotel, concert tickets, shuttle service to the concert as well as airport and hotel transfers.