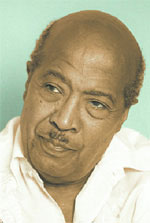 Port-of-Spain, December 31st, 2010:- The Ministry of National Security has noted the passing of Sir Ellis Clarke, First President of the Republic of Trinidad and Tobago, on December 30th 2010.

Given the considerable and notable contribution that the late Sir Ellis Clarke has made to Trinidad and Tobago, and in keeping with proper Flag Protocol, the Minister of National Security, Senator the Honourable Brigadier John Sandy (Ret’d) has advised that the National Flag should be flown at half-mast.

This directive went into effect from 11 a.m. today and will remain in effect until the day of the funeral service of Sir Ellis Clarke.