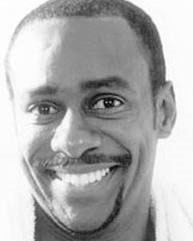 The Annual Carnival Comedy Festival kicks off its 2011 season at the National Academy for the Performing Arts, Port of Spain on January 28 from 8:30 pm. Randy Glasgow Productions is so confident that this year’s series will be the most enjoyable, laughter-packed comedy show of the Carnival season that they are extending a money back guarantee to any patron that does not find themselves in stitches from beginning to end at the show.

There will be brand new stand-up routines performed by several top comedians as well as skits featuring popular local actors. One of the presentations being featured at the festival is a comical exploration of the most recent events within the local political arena. This will feature the comedians and actors portraying the roles of members of Parliament, the Protective Services and other public service officials.

Errol Fabien will portray former Prime Minister, Patos as he attempts to describe just how ostentatious the home of the woman that ousted him from leadership is. The comedic actor known as Dr Choon Kee Ting will reenact in his unique manner the behavior of the Mayor of Port of Spain as he personally evicts vendors from Charlotte Street and closes down the bars and nightclubs in St James and Ariapita Avenue.

You will also be treated to a showdown between the Works and Transport Minister and the red band maxi taxi operators as they battle for control over the Priority Bus Route now being referred to as the Gaza Strip. One PH driver will also be on stage to put in his two cents piece as he tries to prove that everyone can eat a food whether for private or for hired.

There will also be performances by Sheldon Narine new Crazy Contagious Crew, Pee Wee, Wendell Etienne, Learie Joseph, Kenneth Supersad, Knuts Landing, Clevas, Damien Melville and other local artistes. The show repeats at NAPA on January 29 before moving on to the Centre of Excellence on January 30. The festival will continue at venues on dates to be announced in the coming weeks. Tickets for the opening weekend are already selling out so for reservations and further information contact RGP at 628-9158.