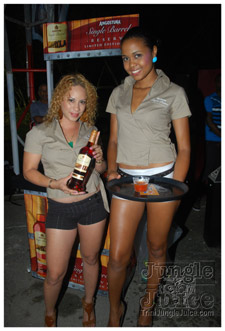 Black to Blue and Barefoot, was my apparel of choice for the second installment for this Cooler Breakfast party, down south, up San Fernando Hill. When the promoters decided to name this fete “Black to Blue” they meant it literally, therefore the review should follow to suit, the “black” phase and the “blue” phase. BLACK, DJ hitting us latest after latest that is when I had to kick off my sneakers to brace a thicky I was wining on.

Service with a smile and a few cleavages made my trips to the bar worth it, despite having to trek through the thick crowd and jumping over coolers. Some “black” performances by Shal and his sidekick Screws alongside Super Jigger TC and Buhwamoder making the girls "Bend Right Over" (normell, normell). Closing off performances with reigning Soca Monarch and Road March champions JW and Blaze performed (what else?) and also gave us a taste, no more like a tease of their Road March contender, “And Is That”. I was starting to dub these guys one hit wonders but after this snippet, things looking hard! BLUE, somewhere between myself being drunk, stone drunk and semi sober, hype man Hyper Hoppa took the stage and heat up the crowd by taking  us back with the classics (soca i.e.) both him and the charging Saharan camel also a surprise “blue” performance by Swappi (in ah 3D!!!) himself. 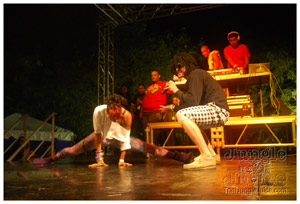 The crowd had a torrent of breakfast choices from everybody’s after party favorite, doubles, to bake and shark or saltfish buljol or donuts. By now people still winning to tassa drums and a rhythm section appropriately positioned at the exit.

Overall I’ll grade it 7/10 mainly because it was South land’s first fete for the season, let me see what the rest have to offer.