By D1 Jam Masters
Published on 06-Nov-10
After much anticipation finally we saw the doors of the newest club in Groningen, Holland open its doors to the public. This would be three nights of consecutive partying to baptize in brimstone and fire this dance-bar named after the dog of the owner…..yes you heard me right! The analogy of "man's best friend" coming to life in living colour.
>> View Grand Opening Club Chu Chu Gallery 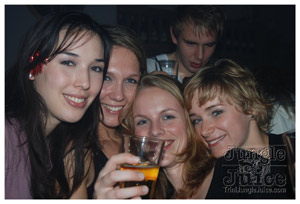 After much anticipation finally we saw the doors of the newest club in Groningen, Holland open its doors to the public. This would be three nights of consecutive partying to baptize in brimstone and fire this dance-bar named after the dog of the owner…..yes you heard me right! The analogy of "man's best friend" coming to life in living colour.

So we start off on Thursday and the dj is pumping the hottest urban, eclectic, latin house and club music making people sweat and earning his fee. "Delight," a new young Arubian latin band on the scene graces us with their presence and turns a sauna-like atmosphere into something very tropical in every sense of the word. Live go-go dancers adds the final knock-out punch to this "punch (no pun intended) and the first night of this new spot is a mad success.

Friday and Saturday dj's take the spotlight, keeping the vibe poised in this breed of music so popular here in Holland and catching on like a common flu in the rest of the world. People if you never heard, latin house, dirty house and eclectic start getting with the thing cause its hotttt with a capital H.O.T! Grooves that cater to the caribbean people living on this side of the world. This is the best way I could describe it!

Sheer niceness and a welcomed addition to clubbing in Holland.

CROWD:
A mixture of young, old, white, black and all colours in between. Every night the spot was full, full, full. I saw some very attractive people over the three days and those less attractive made up for this hindrance in being really "cool." :) 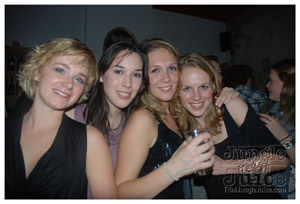 VENUE/ACCESSIBILITY:
Brap in the middle of the city on the main street where all the major spots are. Couldn't be missed. Train station and Taxis in walking distance so no designated driver necessary. Master!

VIBE:
Once people dancing until they wet then its a no-brainer that the vibes had to be niceeee. Usually in my experience people pass through a new spot, check the vibes and then head out to their normal party joints. Something about this place automatically had people feeling at home and nobody left until closing time. Hands raised to the air, moves i never saw before went down on the dance-floor and the side attractions helped push the vibe even higher. Promoters please take note, dj's are gods! Shed out the extra change for the best and you'll get the best for your guests. Full stop!


FOOD & DRINKS:
Well, since  during the day this place is a booming mexican restaurant it was genius from the owner to have his kitchen stay open serving up all these little menu's that go well with alcohol and tired legs. Having a back area to sit and eat also added to the temptation to not leave and as far as I remember, everything was delicious.

SERVICE:
Only little lodge on the night. Not enough staff to handle the masses but the crew on hand did their best and kept smiling during the entire drink ordering assault. But since the other aspects of the Club Chu experience were so overwhelming, we gonna kinda turn a blind eye to this. Hopefully they learnt something for the future. 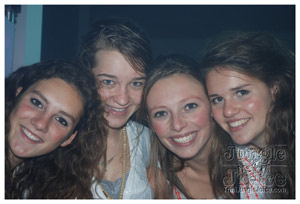 COST/VALUE:
Free, Free, Free. Groningen is one of the biggest student cities in Holland and as a result the "broke-ass" student culture has hijacked the partying experience in so much that people down right refuse to pay an entrance fee to get into clubs. You could bring who you want, they ain't paying a dime!

Take note people, if ever you find yourself in the north of Holland, come to Groningen. Place mad. Big up Club Chu Chu. I wish you a long and fruitful existence.
D-One