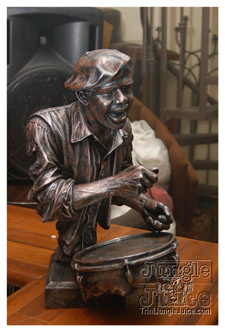 Wait a tick! Patch and Cassie? Under one roof? The pipe man and the man who went a passa passa in a gangster hole? The man who's head nice and the man who's asking "When last you took a wine on a town ting?" Well you know Jokey Juice had to be there.

Where could've been the best venue to house these two artistes who in my opinion are having the best season thus far. None other than Coco Lounge. Chameleon Saturdays brought Town ting; Patch and Cassie....Pipe versus Town Ting. Who say vibes?! On arrival, you all know the Jokey one had to scope out the vibes. The avenue was already in full effect. Music pumping, patrons both outside and inhaling and exhaling the anticipation and excitement of tonight. I myself was a bit antsy. Ladies, looking good as usual....I guess Cassie wanted me to answer his question that night, but once again, camera around neck....fiddlesticks.

As the night continued, the vibes rose, with more people entering and the DJ just playing hit after hit ranging from all the 2011 selections of soca, dancehall and hip hop. But the real question lingering in everyone's mind was...when is Cassie and Patch coming on? Hmmm. Oh well.Let me go enjoy the vibes. There were also some birthday ladies in the house, who offered me some cake as well. WOOT WOOT!! The Jokey One is pleased. Now what could make the night even better is for Patch and Cassie to level Coco Lounge with a performance.... 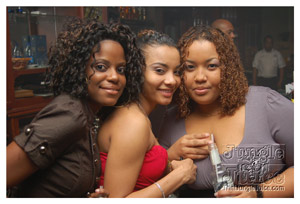 Later on, the worst case scenario happened. it was announced that Patch and Cassie wouldn't have been able to make it, but the vibes was already so sweet, people didn't really seemed bothered. Hats off. There's always some sort of greatness within every disappointment.