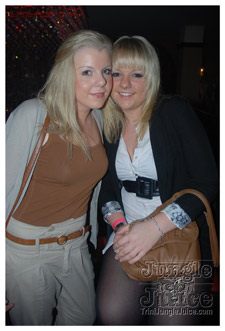 So I get this call to do this party in a little town in Germany called Lingen. When I told people where I was going to spin most of them laughed. Normally I would have laughed too but the promoter who called me up is known to throw some sick parties so I trusted his skills. Anyway, driving into the city where this club was felt like one of those cheap horror movies where youu get vex while watching it, seeing the inevitable. Who the hell drives into a dark, lonely town? To cut a long story short, when I finally open the front door and walked into the club the joint was on like boil corn! Nobody could be found on the street cause everybody was already inside. The place looked modern enough to have been in Amsterdam. Top of the line equipment and lighting, cute bar girls and the public in full party mode. Palacio could invite me back anytime.

CROWD:
Distinct division. Anybody over 30 downstairs in the main are where club and house music pumped through the music system, and the younger people upstairs in the area where rnb, hip-hop, and of-course Caribbean music was being played. Many fashion hits and a few misses but all in all no real disasters. Well, except for one or two.

VENUE/ACCESSIBILITY:
If you don't have a car and a navigation system, don't even bother to leave your house.

VIBES:
Crazy! Its been a while since I've been to a spot where everyone I met were so relaxed and in let loose mode. Downstairs crowd could be described as a bit more reserved that the bumpy-riding sweaty bodies in the upstairs sauna. That place was hot!

FOOD & DRINKS:
No food but plenty top shelf alcohol and wicked cocktails and very affordable prices. They also went all out with the garnishing. Impressive shizzle. 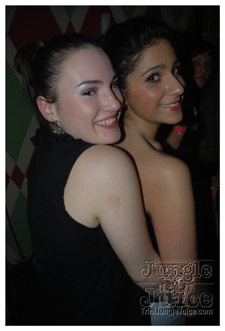 SERVICE:
Top of the line from bouncer to glass fetcher. The staff did their best to make you feel welcomed and at home. No long lines or waiting at the bars and I even heard from a friend the women's' toilets were brilliant. Club owners take note, clean toilets will not lead to "sour" women in the club which is better for the whole clubbing cycle!

Palacio we'll touch your ends again very soon. This time in a non-dj-ing capacity, armed with camera and a hotel key!