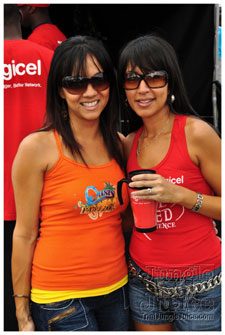 De Camel is back in sweet TnT for Carnival, and this year for 3 long weeks of fetes, limes, bashments, in total “Wotless style”. Honestly, only one reason made me come so early this year, I truly wanted to experience Pan-Semis, known as the best lime ever of Trini Carnival season.

Pan Semis, Pan semis, Pan semis... Friends told me over and over about it, as a unique and outstanding event, something that everybody is looking forward to once the carnival season starts. I had so much good feedback about pan, heard so many funny stories that I truly started to dream about it. And here I am... heading to "de Savannah" with huge expectations, excited like never before, will I get disappointed or will it be a time of my life... a blast yuh say? Let's see what the north stand has in store... 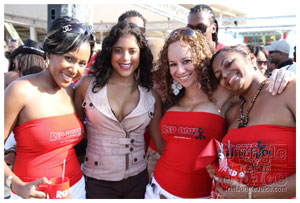 Time Check ... 1pm was the hour we (myself and Heart Attack Juice) got to the savannah, walking towards the north stand entrance. I was surprised with the amount of people already waiting to get inside. Hundreds and hundreds of people in line; some people were even trying to get a last minute ticket. Would you believe the event was sold out?! Yes sold out, and hearing from trinis it's the first time it ever happened at pan. Sooooo... woooowww! Thanks God I'm here this year.

If you see people inside there!!! Like everywhere! Millions of them! :D no wonder it was sold out. So we forgot to mention earlier that this year the north stand is back! But pan is still very different from the north stand days as they decided to still keep the greens. You could either lime on the green and forget about pan semis or stay by the north stand and lime while listening to pan. 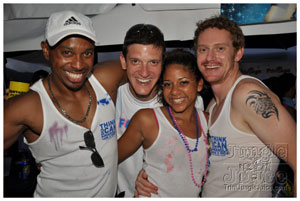 On the green the setting was quite similar from the previous year. All inclusive crews had their tents set to cater to their patrons. Among others were represented Red Ants, Woodford Café/Pan-o-mania, Caesar's Army, Fantasy, b-Mobile, Scorch, ISLANDpeople, Angostura...and many others... People were liming, wining, drinking...on the beat of alternatively dj’s, riddim sections, and tassa.

As for the north stand, I liked very much the new setting. Mind you I have no idea how it was I previous years, but I can say that it was spacious! And from patrons’ feedback it is an improvement. The north stand had a different but equally good vibe. It was mostly small crews and families who brought coolers and food! I won’t lie I was gaping at all these plates going up the stairs! :P 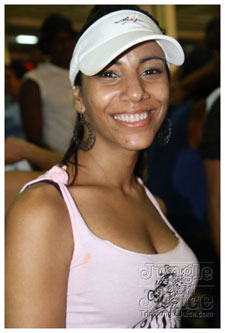 Overall the day went on with exceptional vibes, beautiful women (and men! Where are these dudes the rest of the year? says Heart Attack Juice), great music, great  drinks. Most all inclusive crews left the place around 7.30-8.00 PM. I however stayed later to listen to some pan and got the chance to see Petrotrin Phase II, Invaders, and Desperados. I left with the rest of the TJJ crew around 10PM, and I must say it was a fantastic day. Pan lived up to its reputation...for those who weren’t there, you missed out!