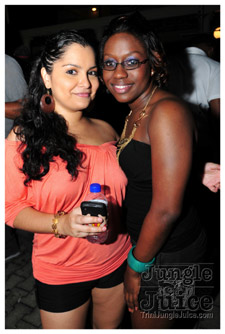 Scorn's Log ... I have reached the point of no return, wait stop, no that was when I boarded the airplane to Trinidad ... OOPS! or should I say YAY!? But then again, remembering how much fun I had last year (Flight Cruise Carnival 2010) especially since I just landed and "must to have to bound to have to hit" a fete ... well there ya have it! So what is going to change this year? Uhm, different landing time and well different fete before ... Now coming from Hysteria and well yes, not to sound too cliched, TJJ has landed in the Flight Cruise in Pier 1!

CROWD:
Now lets think about the logistics of life and always remember that one should be more Intellectual than Emotional ... The crowd was unique in taste meaning that there is a value of crowd that some people do not like and some people absolutely adore ... I do think the crowd at Flight Cruise was something to scream to the high heavens about but ... Foreign Crew and Crews came in and they were definitely getting warmed up ... Not too sure what there is to say ... but I will say this ... Once you see girls walking through a party and cursing and swearing at each other ... Something Might Be Wrong ... Also, anytime there are people who are losing their phones due to uhmm illegal activities or also mild stupidity on the phone owners part ... well what more can I say. Style and Glamour ... Not Too Sure ... Very Questionable!

VENUE/ACCESSIBILITY:
Pier 1 used to be the place to be back in the 90s - free drinks thursdays, fridays and saturdays ... parties used to be swinging especially with free drinks ... Tonight, this venue was definitely swinging ... with everyone on the main courtyard bit underneath the scaffolding and those around on the borders of the venue ... However, this venue was not decorated, it was not giving me that feeling of YEAH ... I Want To Be Here! But hey, it is a spacious venue, and it was just simply known as PIer 1. 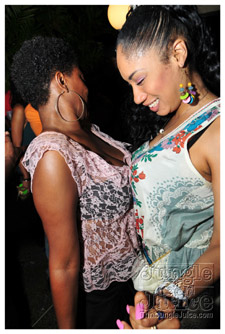 VIBES:
The deal breaker in any event as I always say is the Vibe. This is what makes your party, makes you sign the contract and say "Yes, I Am Coming Back Next Year!" ... "Yes! I Got My Money's Worth!!" .... The DJs on the night totally smashed the party! Upon our arrival, the majority of people at this event were dancing, they were fraternizing, they were drinking, taking in the entertainment from the event and making sure that their sweat beads drop off their bodies. With music this year being its absolute best in over five years there were certain songs that definitely made the crowd go crazy as hell! I have to admit that almost every party the crew and I went too the music saved the party ... at what time it saved the party and the regularity of specific tunes still remains a debate ... Lets just say when we arrived at Flight Cruise ... it was very much a Bliss from go ... even when the rhythm section came out and the beating of the iron and drums were coarsing through our ear drums.

FOOD & DRINKS:
I saw some Japs chicken and chips ... I believe I saw coolers ... I am not too sure ... I leave that for the masses to comment on what was the situation there ... Uhm ... I am drawing blanks ... which also means that food and drink was really not that important ... I guess it was how much wine you could wine!

SERVICE:
Did not test out the bar nor did we test out the food lines ... but we heard no complaints. With respect to entry - I am going to say that it seemed seamless and the security officers and door staff were doing their required jobs. But hey ... that is what should happen. Still nothing for me to scream YAY ... Great Service! 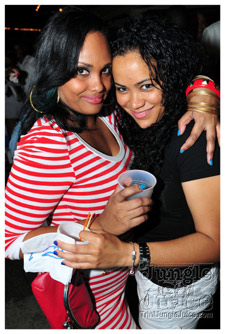 COST/VALUE:
Looking at the smiling faces and the "fun" activities that took place at the end of this event - I will gladly report ... Flight Cruise 2011 ... worth the paper!

At the end of this melee - I can gladly report that this can be a party not to miss for the season ... The Sunday before carnival Sunday ... Trust me ... If you have just Landed ... there is only one place to go ... Flight Cruise!!!!!
Did we forget anything? Add your 2 cents below...