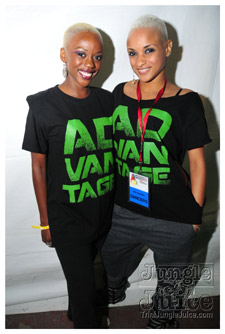 Exactly one week until Carnival Tuesday and the Wotless behaviour is building!!! Woi! Lots more competition for Fetes today so...It's time to see what lies beneath the masks at Eyes Wide Shut Carnavale...enough to keep us intrigued???

CROWD:
Even though the amount of events on this Tuesday seems to be growing and growing, Eyes Wide Shut continued to be (or so it seems) the most attended event on this day...Those who missed Machel last night, get to see a portion of his show at a fraction of the price and what else do you need to get you in the mood for the final week!!! So it comes as no surprise to see that The Oval was full to capacity! The crowd was mixed... young and old, with a few pieces of eye candy amongst the masked patrons! Tonight's theme is always to wear black and wear a mask.. no mask no entry apparently! Well Ladies don't worry, the majority didn't bother with the masks!!

VENUE/ACCESSIBILITY:
The Queen's Park Oval is always bess! It is large and central with plenty of parking available...On arrival there was a huge queue at the general admission entrance and no queue at VIP...so our advice is get there early unless yuh a VIP! You are never too far away from a  bar in the Oval and from most parts of the venue you can see the stage...and with Machel and Destra waiting to come on, that's all you need!!! 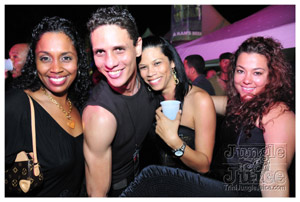 VIBES:
Well...it was a little lacking in excitement to say the least, at least until the big man himself came on stage with his Illegal dancers! woi !!! Where we could learn to get their moves boy ???LOL...Destra was first up with an interesting choice of outfit that took us back to an old Britney Spears video...you go girl! Confidence in abundance!  Destra came back with some bess tunes, including 'Proppa' and 'Cool it down'... we did our best to 'welcome' her 'back' in anticipation of the man that had the Stadium rocking yesterday. That little piece of Machel's 'Return' just had those who missed the concert kicking themselves... he never fails to amaze us.. and the girls, wow the girls, they bend ova, they get on illegal...they fully take advantage!!! Most people stood mesmerized staring in one direction at the stage and so as much as the performers rocked, the vibe never quite got going... ah well it's early days... we have a whole week and we will be sure to get on wotless from now on!

FOOD & DRINKS:
One word.. CHITS....grrrrrrr! The bar in general admission was a chit system and we got to say there is nothing we hate more!! Having said that, the lines were not too long and premium drinks of all kinds were flowing from the bar. Sneak yourself backstage and we soon realise the bar in the back was cash and flowing even more!!! 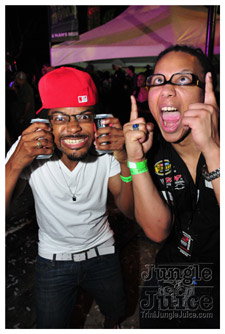 SERVICE:
The main fact that we didn't see many lines or any long waiting periods for drinks means that the service was a big priority and that people were working hard!!!

COST/VALUE:
A Still $200...same as last year, which for a start was impressive given the rest of the increases!!! Getting to see Machel and Destra at that price was good enough for us...did you feel like you got your money's worth ? comments please!!!