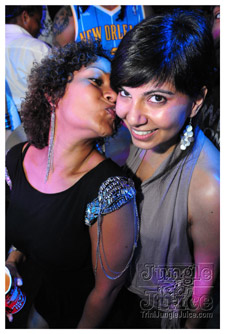 This is not an easy venue to fill but fill it up they did!!! With soca, Techno and Tassa vibes in one dance...Only one place to be this Wednesday!!! :)

CROWD:
Only one place to be to get the official final week started right! It seems to be the night everyone has landed, no one cares about work for the rest of the week...it's carnival and Bowen Marine was FULL! Tonight's crowd was diverse and sexy, if just a little tame still... time to get warmed up!!! Short pants (the shorter the better) and short little dresses were the order of the day...

VENUE/ACCESSIBILITY:
Always difficult to create a fabulous venue in what is essentially a big piece of concrete with a huge stage!!! But...props to ZEN tonight for coming with something different. Yep, that's right ....this year there was a trance/techno style alternative stage in the back, the usual main stage for all the soca artistes and even a smaller Tassa stage way in the back for those who can't take the soca all night long!!! The Techno stage came complete with neon lights and podium dancers and we must say was a good attempt at creating something different tonight!!! Why, however you would go to a soca fete and want to dance to Techno I don't know BUT clearly it was very popular!! As usual the fete came complete with a sexy little VIP area that had a good view of the main stage and easy access. Now with most fetes down Chaguaramas you gotta watch that traffic....only one way in and one way out means be early unless you want to crawl there and, whilst there is plenty parking, park in a spot you can easily escape from(or invent your own Express Lane!!!) 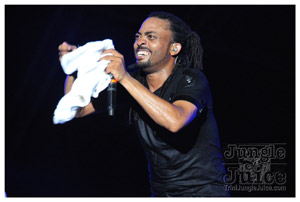 VIBES:
Peeps were warming up...getting there...almost vibes...some real vibes...and then it died again...the reason ???? Machel take too dam long to come on the stage!!!! No matter what yuh say.. people want to see the man with the energy, the man who get make yuh get charge!!!! They want to take advantage... they want the Bacchanal... Now we think the lateness of Mr Montano's entrance wouldn't have been so prominent if it wasn't for the HUGE gap between the 'other' performers and the man himself. Let's not take anything away from the other artistes, they get on bad, especially Kes...who had the party Wotless!!! BUT everyone performing was done by 2am...and then nothing until after 4am... in that time, the vibe started to die...so for next year...keep it coming, keep me jumping, give us more Bacchanal and not just Wednesday !!! 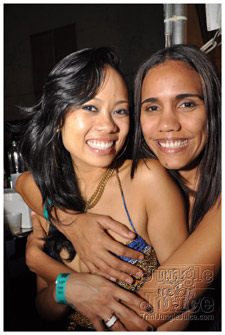 FOOD & DRINKS:
The food was being served in the back of the venue and so wanting to be in the melee we did not get a chance to sample the variety but heard no complaints!! However when it comes to drinks ...here comes our favourite word again... CHITS! grrrrrr....why???? and to top it all off you could only buy your chits in $100 batches, so for the designated drivers who just wanted soft drinks... hmmm ..unlucky!!!!

COST/VALUE:
It definitely paid to be early ... general tickets began at $280... but by late on the day the queue at ZEN box office showed peeps were not organised and the price had jumped to $340 plus...so for $280 no problem, it pays to be early!!!!!