CaribbeanFever.com and Machel Montano heat up the Big Apple with major Return concert! 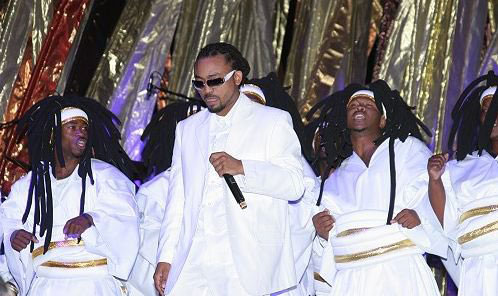 CF will be promoting and executing three epic productions in one week, i.e. two events in the celebrated Madison Square Garden and one in the stylish Highline Ballroom in Manhattan.

Montano who was absent from T&T’s Carnival in 2010 dominated the islands’ 2011 festival season copping both the Road March and International Soca Monarch titles.

In a recent interview on 107.5 WBLS with Dahved Levy in New York Machel stated that he is coming back to Madison Square Garden on March 25th to celebrate these victories with the world and that the upcoming show will be all about ‘Music, Lights and Vibe’.

The Soca Star has opted to leave the guest artistes as a surprise to the audience, however based on his February 28th concert in Trinidad the possibilities can range from Carnival 2011 heavyweights Benjai, Groovy Soca Monarch Kees Diefenthaller and Chutney Soca Monarch Rikki Jai to Calypso Royalties such as Calypso Rose and the Mighty Sparrow. The only way to know which performers come out to share in this celebration is to be front centre for this musical extravaganza.

It is certainly not too late for one to jump on a plane and head out to NYC to be a part of this weekend’s unique action as several fans of Montano and general Caribbean music enthusiasts will be driving and flying great distances to experience these events in the ‘Big Apple’.

Siobhan Thompson Managing Director of Fever International Limited offered this statement, “We are preparing a Super Star week by bringing world class entertainers including T&T’s Machel Montano, internationally acclaimed Russell Simmons and famous Reggae group Third World to the Caribbean Diaspora on a world stage, Madison Square Garden. All of this is done to take Caribbean music and culture to the highest level possible”.

About Caribbean Fever
Caribbean Fever spearheaded by media personality Dahved Levy (Barbados) and Siobhan Thompson (Trinidad) is known for producing and promoting sold out international events and concerts and the diversity of its productions is demonstrated in the variety of shows produced. The entity has successfully undertaken concert specials in famous venues such as Madison Square Garden, Radio City Music Hall and Cipriani’s, for R&B chart topper Bobby Brown, Gospel music star Yolanda Adams and Caribbean music icons Machel Montano, Buju Banton, Beres Hammond and Super Cat. It has also promoted a Comedy Night at the famed Apollo Theatre, starring US comedian Chris Rock. Regionally CF produces an annual all inclusive soiree for Barbados Cropover entitled “The Bathsheba Experience” which is held on the Kadooment Friday.

In Trinidad and Tobago, under the name Fever International Ltd the company specializes in the coordination of corporate and social events, weddings, artiste hospitality, stage management and have recently expanded into event furniture rentals.

For more information on Caribbean Fever or the events, log on to www.caribbeanfever.com OR www.fevereyes.com