By Keiron S.
Published on 19-Feb-11
After getting wet at "Soaka" it was time to head to Soca Junction for WE to Fete! This second instalment of “WE Fete” was wOw Promotions second attack on C2K11 and this year it was ...
>> View We Fete 2011 Gallery
>> View Trinidad & Tobago Carnival 2011 Gallery 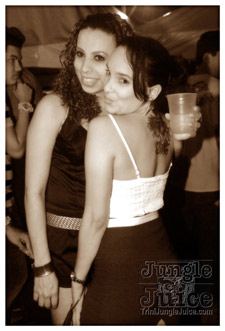 After getting wet at "Soaka" it was time to head to Soca Junction for WE to Fete!

This second instalment of “WE Fete” was wOw Promotions second attack on C2K11 and this year it was time to set guns from stun to kill!

The change from an early season Friday night to the Saturday night before Panorama Semis with no other competing events in and around the National Stadium allowed this fete to get off to a good start by not having any of the logistical problems as last year.  So now is time for yuh boy and d’ local Juice to do like Kes and Kerwin and find big ting, small ting, and start wining up on all ting and "Ah Ting!"

Now that TJJ is officially in da house it’s time for the fete to start pumping!  But again this premium drinks inclusive affair had very little décor other than the trapping added to the two long bars and the small stage, even so I still had my expectations set on high as I expected some secret musical stealth bomber attack to make WE Fete C2K11 just as good as the first! 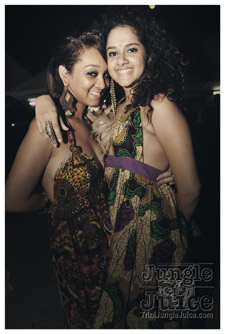 First on the attack was DJ Hans who instead had us on a musical wild goose chase looking for WMDs as he switch the soca so erratically.  It was not until lieutenant colonel Ishmael D Demolition Man took over the one's and two's did the fete move from defence to attack mode!

The entertainment continued with performances from fellow DJs Shal Marshall and JW & Blaze.  But it was the electric performance from Skinny Fabulous that really "Charge Up" the fete!

In the end, the risky move of moving WE Fete to the night before pan did not hurt when you look at the entire Carnival war strategy as the crowd was just as big as last year.

So all we can say in the end is “We Ting, We Bacchanal, We Fete!”