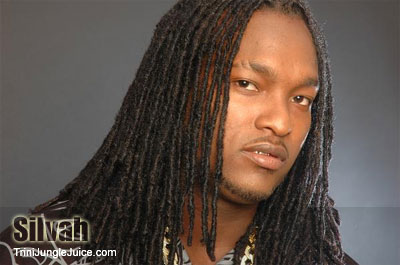 Gary Martinez aka the big raw Silvah was born in 1982 in Jones Town, Arima. Much of his childhood was spent hanging with his father who was a DJ. As a youth he would pick up his dads microphone and sing to his hearts content attracting passers by which isn’t different today. Growing up, Silvah hung amongst other talented youths from his area like 3Suns, Bunji Garlin and some members of the Godfathers Asylum. They would rhyme and sing when liming together for hours perfecting their talent as youths.

Silvah then arrived in England in 2000 where he decided to continue his music career and then met Iron Fist producer/Ceo Kibwe ‘Stylah’ Thomas who started Iron Fist productions in 2004. Stylah was impressed by his ability to ride any riddim and Silvah was blown away by the sounds he heard from the producer, “Stylah make them riddim wilder like rockwilder”, he says. Ever since, the duo have been working together to release soca hits and his first single was a track on the ‘Stylah1 riddim’ in 2004 called ‘All I Ever Wanted’ with now newly crowned 2005 Calypso Tent Winner Helena B.

Since then Silvah’s performances and music unique style has attracted fans from all over the UK and Europe and the Caribbean. Silvah was recently on the Hard Hitter riddim singing catchy song ‘Jouvert’ that blazes on the radio daily. Tracks released from his forth coming album so far are ‘Start de Fire’, ‘Soca Fete’ and ‘What Them Want’ on the hot 2005 Sahara riddim and are all blazing up the airwaves. He also teamed up with UK Soca monarch winner/2006 Grenada Road March King Soca Bantan and created an explosive track for the Trinidad and Tobago football team called “We Don’t Fraid” also produced by stylah a true patriotic song full of excitement and crazyiness for football fans. The performance of that track was captured by britain’s national broadcaster ITV1 at the Base bar Camberwell south London.

Silvah has a voice that can soothe listeners and he can be rough and ready at the same time. Some have compared him to Bunji Garlin. Though there is a slight similarity, Silvah has a distinctive style of his own. Silvah is a big name to look out for in the soca arena near you, on top form he never fails to disappoint listeners with his mass creativity.