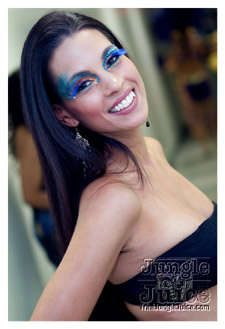 If you did not attend the louis Saldenah Mas K Club band launch then Friday May 13 was definitely an unlucky day for you. This, however, was not the case for those in attendance who braved superstition and came out to the unveiling of........ SECRETS OF DE OUTER LIMITS.......

VENUE/ACCESSIBILITY:
The Motropolitan centre is located at 3840 Finch Ave. East, Scarborough. With ample parking and a trendy layout the facility easily and sucessfully hosted the event that made for an memorable moment for those in attendance.

VIBES:
All you have to do to peak anyones curiosity is to tell them you have a secret that you are going to let them in on....lets take  as an example.... VICTORIA SECRET. Any man upon learning that he may ....see,  expose or glimpse Victoria secret will  turn up ON TIME.... EVERYTIME. For he knows that the revalation of this secret could have stimulating consequences.  SECRETS OF DE OUTER LIMITS also achieved this result....With 16 space age inspired sections to choose from, including a HOTTT one from DR JAY, you MUST find something you like. The Saldehan family in their infinite wisdom even included a section for those wishing to be  a little more reserved in their costume selection while at the same time being comfortable cool and still sexy. 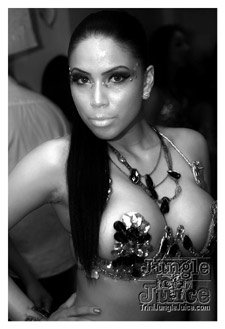 The launch was extremly successful and as with any Saldenah event you felt as though you were with FAMILY as opposed to a mere event.  This has been the key to their success over the yearrs. 2011 could see them at the top of the heap yet again.

So in keeping with their theme all I have to say is this:

There is nothing wrong with your eyes. Do not attempt to adjust the picture. They are controlling transmission. If they wish to make it louder, they will bring up the volume. If they wish to make it softer, they will tune it to a whisper. They will control the horizontal.They will control the vertical. They can make you roll yuh waist or make it flutter. They can change the focus to a soft blur or sharpen it to crystal clarity. On Caribana Saturday, sit quietly and they will control all that you see and hear. We repeat: there is nothing wrong with your eyes. You are about to participate in a great adventure. You are about to experience the awe and mystery which reaches from the inner mind to...   SECRETS OF DE OUTER LIMITS......Saldenah 2011!!!!!!! 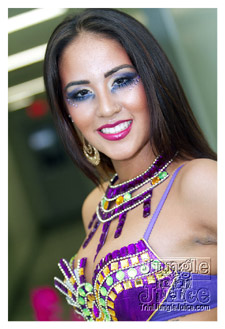 SERVICE:
More like a family reunion than a mere launch. A great time had by all.