Lilliput Theatre Presents An Adaptation To The Classic Tale, Alice In Wonderland 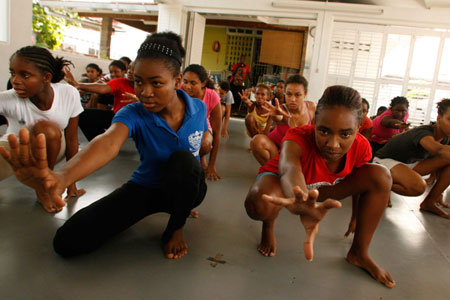 Lilliputians intensely enact a dramatic routine during a recent rehearsal

May 13, 2011 – Port of Spain, Trinidad and Tobago -  Against a backdrop of the timeless Alice In Wonderland tale, Trinidad and Tobago’s premier children’s theatre company, Lilliput Theatre, will present its 2011 production, The Changing Of The Guard. The Lilliputians will bring their play to the Queen’s Hall stage from Friday May 20, 2011 to Sunday May 22, 2011.

The company’s director, Wendell Manwarren, used the well-known children’s story to present an interpretation of Merylle Mahabir’s central theme of change as it relates to the game of life. The young thespians, who were initially introduced to Mahabir’s concept during Lilliput’s 2011 Junior Carnival portrayal, have adapted the Wonderland narrative in their playwriting process. The use of the children’s story allowed the Lilliputians to bring their voice to the fore. “The Wonderland tale is symbolic of the hierarchy of man. The metaphor of the deck of cards is something children can relate to. Children watch everything that is going on. They have something to say,” commented Manwarren. 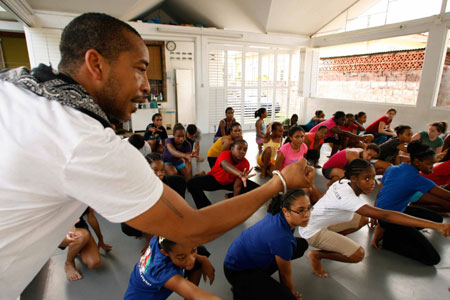 As is customary in all Lilliput productions, The Changing Of The Guard will offer its audiences an upbeat dramatic experience where music and dance are woven throughout. The musical score features 3canal’s 2011 rapso rendition, I AM, Denise Belfon’s soca hit, Ka Ka Lay Lay, and Anslem Douglas’, Showtime. The play incorporates contemporary modern and ballet choreography by company founder, artistic director and producer, Noble Douglas and leading dancers, Charlene Harris and Arlene Frank.

Lilliput Theatre teaches theatre to children aged 7 to 18 and dance to children aged 3 to 18. It was founded in 1975 and encourages self-confidence through the challenge of theatre, game play and imagination. The theatre’s production team is led by Douglas and Manwarren supported by drama tutors, elisha efua bartels and Tonya Evans and dance instructors, Evans, Harris, Frank and Charlene Rollock.

WHAT:
The Changing Of The Guard