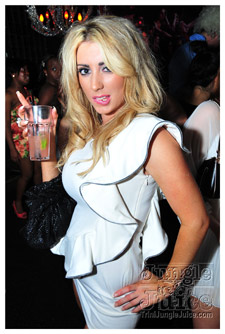 Well well well ... tonight ,month end and the May Bank Holiday weekend, as always, marks the commemorative anniversary of Busspepper Promotions Ltd. Known as one of the premiere Caribbean fused party promotions in London, everyone knows that this party is going to be huge! When we say huge, we mean crowd size, we mean patrons coming out in their "huge" outfits, their "huge" hairstyles ... yes people! It is an Anniversary party! 2011 marks the eighth (8th) Anniversary for Busspepper and everyone is coming out. We hope that they have prepared for this event and we would like to think they did especially after having 8 years of experience under their belts ...that nothing could possibly go wrong?!

Now the crowd was a mixture of old and new faces, mainly new faces and the masses came out in their numbers tonight to celebrate and show appreciation to Busspepper Promotions Ltd. Without fail, the crowd was numerous and plentiful. From as early as 9:30 pm when doors only opened at 9:00 pm, there was a mas influx of Caribbean enthusiasts waiting to have a fabulous time at this big big big event. As always with a Busspepper party, clothing and attire would always be an important factor in presentation...shades at night seems to be very popular in all circles of life; Oh My Is That Ray Charles? No Mate ... It Was Busy Signal!; women who appear to be "balanced" and "blessed" with a big curvy bottom and a big circular belly always wear the tightest dresses; Oooh Look at me in my Velvet Jacket in the club; Shall I wear my black push up bra or my blue push up bra? Is this slit on this dress too high? Let us tell you, fashion will never make a party stale ... never! We love it and we respect everyone's fashion sense and Busspepper provided it all. So with a huge fashionable crowd a remarkable question comes to mind and that is where would they all fit?? 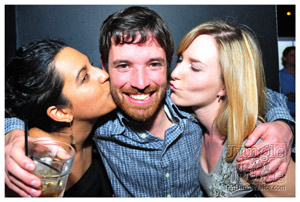 Let's start by saying that if Busspepper entered into The Apprentice and, Lord Sugar/Donald Trump said that to win a load of cash, your task was to pack as many people into the smallest space possible with no air conditioning then they would have won hands down!!! Wow...this was certainly a new experience...let's break it down...

Tonight saw a change of venue to 'The Clinic' at The Piccadilly Institute  (formerly known as "Onanon" ... and apparently where J'Ouvert Business 2010 was held); Not surprisingly designed to look like a hospital complete with freakishly naked mannequins hanging above your head and bar stuff dressed in hospital scrubs, the Piccadilly Institute is wonderfully located in Piccadilly Circus, Central London, Accessibility was Perfect!!!. 'The Clinic' itself is just one small part of the overall Institute which consists of about 6 rooms all playing different music! Busspepper Patrons were ""blessed"" with a special stamp which gave them entry to the entire Institutue and giving them that exclusive access to "The Clinic" which was absurdly reserved for Busspepper's anniversary party. This then lead to a bouncer having a hard night of observing and counting who was allowed entry and who was not, and within every party, there will always be people who want to get into somewhere they have not been given access to... which then creates a bouncer having a hard time and then the bouncer's rudeness factor/level INCREASES. Some might have said that yes! Busspepper had a reserved area but we still have access to the whole club... sounds good... but with dub and soca blasting from  "The Clinic"... guess where everyone wanted to be !!! 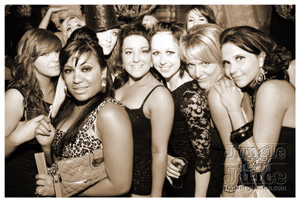 When someone pays money to attend an event, service plays an integral part in their enjoyment. Asking patrons tonight to give a score out of 10 was our main objective...Some even gave negative figures. We do not know who was to blame? Whether it was Busspepper or the Venue Management ... but, Busspepper your venue choice was poor ... Why?

1. Lack of bar staff;    2. Lack of air condition;    3. Rude bouncers;    4. Venue design is a hazard under health and safety;    5. Speakers only located in one room;    6. Venue is not spacious taking into consideration Busspepper was upstairs; and    7. There is no dance floor, no actual dance floor.. instead everyone jam up trying to dance in one long 'corridor'

Poor POor POOr POOR ... venue choice! As a result, this then had a knock on effect ... 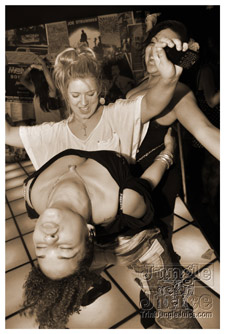 If people can't find space, and even when they do find space they are moved on by a bouncer on a power trip then we must say as good as the music MAY HAVE BEEN TONIGHT (yes props to the DJs who played a really good selection from hip hop to new and old soca and back in times dub ... However, dot dot dot ... ... ... ) no body can really enjoy themselves and therefore the lack of space and air condition killed the vibe... after an hour and a half we were ready to leave! There was nowhere to stand or breathe, we couldn't even find our limin' partners!!! What could potentially have been a great vibe was .... Destroyed!!! Killed!!! The lack of bar staff meant no one could get drinks, and  at one point 40 people were waiting for just one bar tender!!! But let's be honest it's a good thing no real drinks were passing, because if there was a fight to erupt in there ... Due to health and safety issues as mentioned above ... Where would you have gone ?... Now questions may arise ... Why would a fight break out? ... We are sorry to report ... But there were some unusual characters in that party ...'unusual'... And we will leave it at that! As said before people made the effort to dress up for the event but as one patron told me 'what is the point of dressing up if you going to get wet from sweat in 5 minutes - the place was too hot, no air condition' ... hmmm!!!!

On a positive note, even though we didn't get to sample the food, it was being served and we heard it was easy to get with a good selection of Caribbean goodies!

All in all a bitter disappointment for what had the potential to be a great night! It could have worked with just a different venue, because the peeps came out to support and the music was good... unfortunately the venue killed the party and it was downhill from there... Like a snowball going downhill ... Busspepper you have a lot of die hard fans and we hope you can choose a big and cool enough space for next time...it will make all the difference!!!

We remember when we said change is needed due to the effect that Abacus was having on patrons i.e. ... Busspepper you outgrew Abacus at one point in time. Time for a bigger venue, that is what we meant, we did not mean to just change the venue ... We meant you have outgrown your underwear ... TIME FOR NEW ONES THAT FIT!