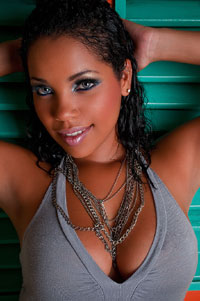 Port-of-Spain, Trinidad. June 7, 2011 - It’s a case of boy meets girl and sparks fly, but not in the literal sense. Trinidad and Tobago has once again fused musically, with a Caribbean counterpart, creating a track that many are agreeing, will cause a stir in the region and internationally this summer.

Brand new to the music arena is a 23-year-old songstress who goes by the name, Keida. It’s short for Makeida Beckford and for the past two years this Caribbean beauty has been studying the craft, learning from the elders of the industry and meeting some of the most influential people in the business. “I just happened to meet Shurwayne. He and my manager are friends and they were talking about music outside a club here, and he heard my music,” she said, explaining how the collaboration for their brand new track, Good Vibration, came to be. Shurwayne, who’s set to perform in Germany on June 10, will now share another hit single on stage – this added to the catalogue of music he’s supplied over the years. For Keida, this is a second hit single. The collaboration comes on the heels of a track she did called, Jamaican Boy. “I have another single called, Rock Guh Down, that is being mixed at the moment,” she said, hinting that the world better be prepared for what she’s about to bring.

According to Shurwayne, the opportunity to collaborate with the budding Caribbean songstress just couldn’t be missed. “This girl is amazing. She can really sing. It was really a pleasure working with her and I’m looking forward to doing more tracks with her,” he said.

Good Vibration is not a Soca track. It’s a fusion of reggae, dancehall and groovy soca and offers lyrics that fuel true Caribbean appreciation. Artistes in Jamaica have already shown their support for the track with reggae crooner, Wayne Wonder giving the thumbs up when he heard it on Monday night. According to Keida’s manager, even hardcore dancehall artiste, Bounty Killa has endorsed the song- a great look as promotion of the single gets underway. 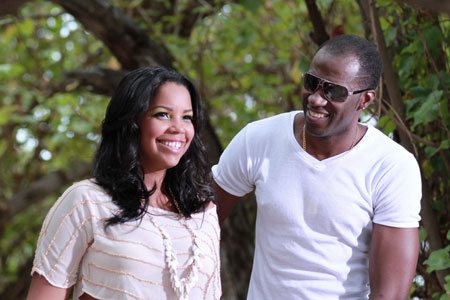 For Keida, working with Shurwayne was an incredible experience. “It was so much fun working with Shurwayne. We were at Jam2 studios and we were listening to beats and Shurwayne heard that beat and he loved it! He’s so high energy and that’s so rare... He immediately came up with something, with every beat,” she mused. With youth on her side and a voice no one can ignore, Keida’s undoubtedly off to a great start in the music business. Good Vibration (view music video) has already been unleashed on Youtube and has amassed over one thousand views in the past few days. The single has already hit the airwaves in Jamaica and is being circulated in T&T. On June 13, Winchester promises another big release from his homeland.