By Sidney aka Scorn Juice
Published on 01-Jul-11
Next Level PoisonUK Foam Wet Fete was a mesmeric and absorbing dramatical event/party set against the ­competitive ­backdrop of any wet/foam party in the world but it secretly veers between being disturbing and enchanting and sometimes both at similar. That notwithstanding, the human being operating the ...
>> View Poison Wet Fete Foam Party 2011 Gallery 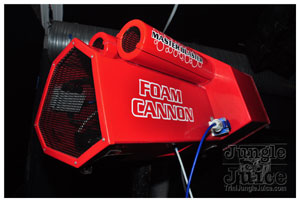 Next Level PoisonUK Foam Wet Fete was a mesmeric and absorbing dramatical event/party set against the ­competitive ­backdrop of any wet/foam party in the world but it secretly veers between being disturbing and enchanting and sometimes both at similar. That notwithstanding, the human being operating the Foam Master Blaster Gun gave a stunning ­performance and he should win an award for operating the gun!!

You were absolutely convinced you were in a "wet" fete - the foam gun spits foam however - its wet! Hence ... WET FETE! – PoisonUK spent some months planing this party and this being its third instalment it was not the best of the triolgy – but more astonishing was watching the transformation of dry, amused and bemused patrons into absolutely foam consumed dancing and singing patrons throwing their hands in the air to attempt to capture the foam or those that were dry, trying to remain dry but also being chased by the wet ones ... what is the point of coming a wet fete to stay dry? Nevertheless, there was a "dry" room - PoisonUK apparently has now combined forces with Sun Baliante ... (I express no opinion on this or facts about this other that they collaborate ... end of discussion) The "Dry" room was consumed by well ... Dry People ... the only form of "wetness" in this room was sweat and well ... *ahem*. 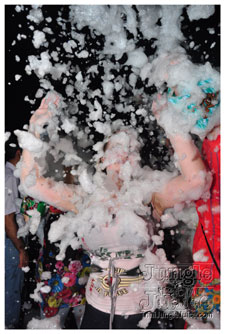 In my book, PoisonUK's wet fete was a good party to start off the "Summer" in London for the Caribbean Circle (I know I missed Boom Boom ... heard it was splendid as well). I’ve been raving about Wet Fete since I saw it advertise, although in truth it was nearer to an exhilarating psychological dramatical event than a fantastic and sexy dance which featured ­moments of dry humping, tip-toeing to dance, tasting of the foam and vivid sexuality that made it an entertaining exquisite and enthralling night.

Nervously, I squandered precious time in the "dry" room, yearning to understand the meaning and the purpose of attending a Wet Fete to remain dry. However to no avail which added more complexity to my equation I was trying to solve, I resorted to staying in the "wet" room where the clinical perfection of the "Foam Gun Man" and the DJs on the ones and twos were demonstrating their "skill set" enfusing music with Foam ensuring everyone in the foam danced, threw their hands in the air or experienced immaculate euphoria. I still question the decision of this second room ... in its predecessors ... there was no second room ... there was a room yes ... but it did not have a DJ ... hence patrons won't have flocked to there ... Utter Rubbish ... Besides that factor ... The second room was very disturbing and unlike the usual PoisonUK crowd ... there was an unusually large volume of new faces in the event tonight however, some might describe that as a great thing ... Change is here! 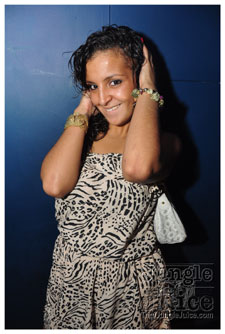 But after a semi entertainly charged encounter in this dry room I was far from won over, and announced the departure of from that room and bury myself in the "Foam Room"!

The event wet fete foam party was complex, dark, exhilarating and vibrant! PoisonUK (who constructed the previous two wet fetes) created a vibrant, often intoxicating party with foam, mood, music and intense gyrating with the association of Sun Baliante however, still do not see the need for that association (and I am not the only one). With that said ... Wet Fete Foam Party 2011 a powerfully potent psychological party.