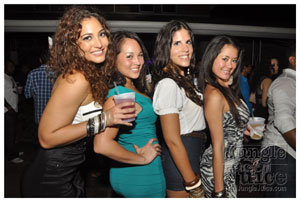 The TJJ family needed no encouragement to make our way to PURE – A Taste of Paris as Pure has always been one of the must go to events every year.  So it was time to head out!  Media passes and cameras in check, d' Local Juice and I outfitted in TJJ gear, but wait no Young Juice!!  After a quick call we realised that he was already in bed.  I guess that Pure was way past his curfew or maybe Daddy Juice had put him on a ban again!!!

As we entered it was time for pure vibes as the New Anchorage was transformed into Paris with strong French references from the Digicel French Colonial Styled Stage with billboards highlighting traditional "Lido de Paris" dancers, the spectacular "Folies Berges" theatre, and "Le Moulin Rouge" cabaret.  The Digicel dancers were also a sight to see except for one of the male dancers who really thought that he was indeed in gay Paris.

Then it was time to get your Pure drink on from the many specialty bars that littered this City of Romance.  I made mad love in a Menage a Trios with to the Angostura and the Red Bull Cocktail Bars.  But then it turned into an all out love fest as the Jagermeiter Bar could not be left out of the liquid soiree! 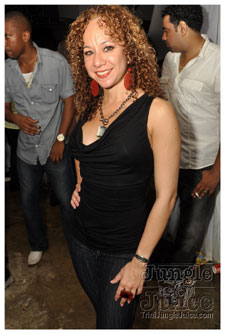 The dance also had some Pure vibes as DJs XTC kept the party pumping!  D' Local Juice even got his dance on as extended female members of the TJJ family held him down with some Pure wining.  One of them even sequestered his camera and proceeded to take out pictures for the rest of the night.

Unfortunately as the hours passed I had to make an exit "tout suite" as I had an early engagement later that morning.  D' Local Juice had other plans as he wanted to close the club!  Sadly if I had only known that it was going to be the last time that I would have worked with him, then I would have closed the club with him too... Peter will live in our hearts forever.

In the end with a good theme, beautiful crowd and good service PURE – A Taste of Paris was the event to go to.

Keiron was there & wishes that d' Local Juice was still here too... where were you?