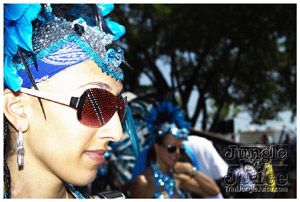 It has been the custom with these reviews to shed some light on the event in question. However an incident unrelated to the parade has the online blogs and some mainstream media personnel calling for the end to the parade. Before I address this allow me to highlight results and other areas of interest with respect to the event.

There were a number of changes at this years parade least of which was the much publicized name change. That being said the masqueraders were out in their glory as they have done for DECADES all over the world in different countries. At it's CORE the festival is one of PEACE and MERRIMENT.

The following are unofficial results of this years parade: 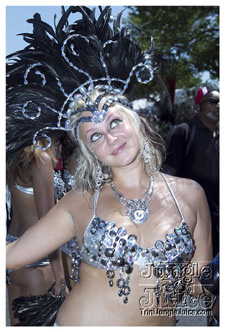 Congratulations to the Carnival Nationz band on their sweeping of all the major titles. We look forward to many more great things from them and the other bands in the coming years. With all the success that the festival brings there are those who, for whatever reason, are determined to demonize it and, either by accident or design,attribute things totally unrelated to the event to further their cause.

I speak of course of fatal shooting that occurred on the Lakeshore Saturday evening where one young man was killed and two others injured. As stated earlier this shooting has renewed calls for the removal/termination of the festival citing that it somehow encourages violence and used the shooting as evidence. To say that the festival causes or encourages violence is absolutely outrageous and false. How silly is it to think that an individual will sit at home and say to himself the Toronto festival is coming I need to obtain and illegal firearm solely for this event. Toronto and other parts of Canada and the world have a problem with the ease of which an illegal handgun can be obtained. A festival does not in any way contribute to this. 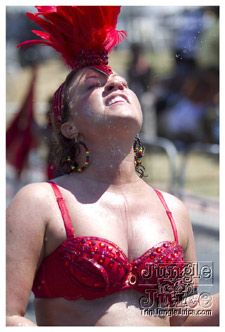 What is a bit disheartening is that we speak so much about diversity in this country, yet when an incident like this happens phrases like "those people cannot behave"; "I am afraid to attend because those people are in gangs" start surfacing. If this level of distrust is felt with regards to a festival it leaves one to wonder about job opportunities and promotion for....... "those people". Our thoughts and prayers go out to the relatives of the deceased as well as the injured and it is my hope that the misleading stories and malicious attempts to tarnish the festival ceases. We look forward to another fun filled 2012 season.