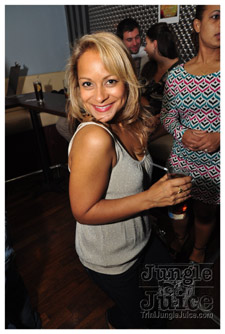 So um..um..yeah...And that's exactly what we were sayin' for the first few hours. What went on here Shipwrecked?? Though the blame is not really down to them. So what happen Shipwrecked FANS?? For the longest while the dance floor was scarce! Showtime was meant to be around midnight-ish, but everything get push back due to the late arrival of the peoples. I know Caribbean people have a knack for reachin' late..but a hour before party done is when allyuh wanna turn up?!.. And of course when it done at 3am, people screwin' pan and complainin' bout wanting money back.. seriously?! Is YOUR fault YOU come LATE. Ting start since 10pm..Nuff time for you to reach and get a few hours in!!

CROWD:
As highlighted already, the crowd wasn't major. Nor did everyone there look like they were fully enjoying it. I mean..people didn't even make proper noise for d' performers!! They had to beg for a response, oh lawwwdd. Tings bad...Some lovely ladies though. Eye candy. Mhm.. We woulda like to see more though. You know how TJJ is already..

VENUE/ACCESSIBILITY:
Decent size venue. Particularly for the not-so-good attendance.. To some people it was easily accessible. To others, apparently at the nearest tube station, the road was actually blocked off when then they came out. Causing them to divert to the side streets and find their way around to the venue. This probably did delay people. But not for three to four hours. Never. Unless yuh movin' inna slow motion! 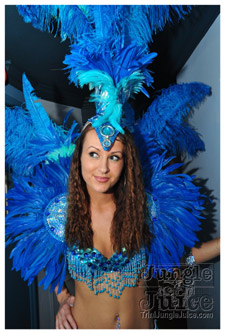 VIBE:
Vibes was OKAY. DJs played a decent selection..Shame they had some technical difficulties in between. At one point, music cut completely! Guys, I don't think the lil crowd was too happy bout that one eh..With regards to the live performances, those were decent. The only problem with that, I think, is the lack of enthusiasm from the crowd..gawsshh..a lil clap and a 'woot woot' or a 'bloop bloop' go do..show some appreciation! Big up to Lea Anna, Nikisha & Stacey-Ann, and Triniboi Joocie for coming out..


FOOD & DRINKS:
Standard drink prices for a Saturday night out in London. No complaints there.

SERVICE:
Of course we cool with d' promoters.. and in terms of bar services, no problems there. The bar was never too crowded, so one was sure to be served in reasonable timing. Friendly service and smiles from the bartenders too.

All in all..I think Shipwrecked could come better. Fix up, look sharp and we hoping the next event coming up bring MORE people AND MORE vibes!!
See you there!!?"