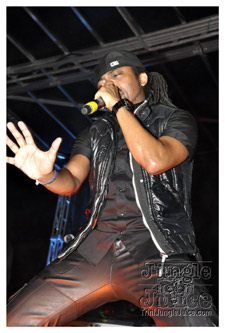 The most anticipated event and first performance in Miami after wining Soca Monach Machel Montano Team HD and Friends are here in concert.  Now 4th July weekend is known for numerous fetes and festivities. TJJ Miami was busy this weekend with band launches, and fete after fete. Suprinslgly, TJJ arrived about 2ish just to catch Machel beginning his performance.
CROWD:
Now getting back stage was a mission, I had to duck, jump  and almost roll to get through the crowd; If you see people.  Anyway I made it to the front of the stage so I could capture some shots of the performances.

VENUE/ACCESSIBILITY:
Gulfstream Park is one of my favorite venues, not only is it close proximity of my house but its large, outdoors, large bars and ample parking spaces. The only negative with large parking is sometimes you have to walk a distance to get in the fete, but that beats circulating the parking lot. 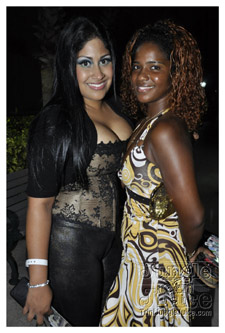 VIBES:
Now, Machel's and Team HD's performance was on point especially with the song advantageous.  Everybody does get on bad, like everyone's inner jumbie does come out. Patrice Roberts looked fantastic, Farmer Nappy energized the crowd, and Zan gave a spectacular performance.   Too bad Ravi B, Nisha B, Gregory and Karma wasn't able to perform.  I was looking forward to some chutney, but police said it was to late especially after a Team HD performace, it was almost 4 when they finished.

Overall great performances, it totally set the mood for Miami Carnival 2011.  Can't wait for when Machel comes back to Miami.  Special thanks to Gemini Production for having us.