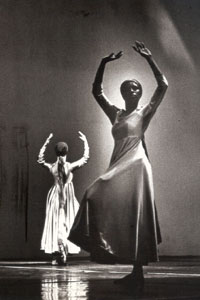 August 25, 2011 - Port of Spain, Trinidad and Tobago... Choreographer Heather Henderson-Gordon will mark history as she presents the first ever collection of her choreographic works, "H", on one stage at the Little Carib Theatre. This production will open on Thursday September 15, 2011, continuing the celebration of the 25th anniversary of Henderson-Gordon's dance school, La Danse Caraibe (LDC). Performances will continue nightly until Sunday September 18, 2011, to raise funds for the La Danse Caraibe Scholarship and Building Funds.

Being one of Trinidad and Tobago's most accomplished dancers and choreographers, Henderson-Gordon's talent has taken her to a plethora of international and regional stages with her choreography being sought out by NDDCI, IslandPeople and for the opening ceremony of the 2009 Commonwealth Heads of Government Meeting (CHGOM). With training from the Julliard School, the Alvin Ailey American Dance Centre and the Martha Graham School of Contemporary Dance, she returned home in 1983 launching LDC in 1986. With her vision to inspire young dancers to pursue their passion and to create viable employment options in dance, Henderson-Gordon established the LDC Scholarship Fund, which provides scholarships for disadvantaged students to attend her school and receive tuition in all genres of dance.

Henderson-Gordon invites audiences to celebrate her dance life and to be a part of bringing the legacy of Trinidad and Tobago's dance to the fore. Tickets go on sale from August 29, 2011 at Crosby's Music Centre and from September 5, 2011 at Little Carib Theatre. Until September 9, "H" patrons can enjoy an early bird 20% discount of $30.00 off the regular ticket price of $150.00. All showtimes will change to 4:30 p.m. to accommodate an extended curfew. For more information visit Heather Henderson-Gordon's Facebook page or send email to liza@estuarypr.com or call (868) 620-9677 or (868) 761-1195 for ticket bookings. 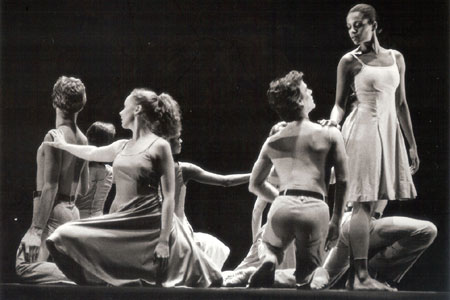 WHAT:
H - A Collection Of Heather Henderson-Gordon's Choreographic Works