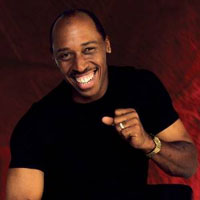 Port-of-Spain, Trinidad. August 29, 2011 - Despite efforts by local event organisers, ASCL Promotions to tranquilize the unnerving surge in crime related activity by pushing for an epic love concert on Republic Day, the Men of Soul concert has unfortunately been postponed with a date to be announced. The revelation was made on Monday as the outfit, together with financial stakeholders faced the reality that the current state of emergency being experienced on the island, would not lend positively to a show of such magnitude.

With tremendous planning for the event having already been done, organisers say it’s just a matter of settling on a revised date at this point. A spokesperson for ASCL Promotions summed up the disadvantage of going ahead with the show, saying that at this time, the minds of Trinbagonians remained unsettled and the mood was quite uneasy, so with that in mind they have opted to postpone the staging of three of the world’s biggest male vocalists of the 70’s and 80’s.

Jeffery Osborne, Freddie Jackson and Peabo Bryson were carded to appear at the spacious Queen’s Park Savannah in Port-of-Spain on September 24th. The trio, who over the years have amassed an incredible catalogue of soulful ballads and collaborations with noted icons in the music industry, remain excited for their imminent trip to T&T. They are said to be understanding of the current climate as it relates to the state of emergency, and have assured their support to the local promotional outfit as re-planning for the new date gets underway.

Persons who have purchased tickets for the show, are guaranteed a full refund once tickets are returned to the original point of sale.

Organizers apologize for any and all inconvenience caused but they say the decision was deemed necessary in light of the current atmosphere on the island.