By Dre aka The Carnival Ref
Published on 28-Jul-11
It’s Crop Over Thursday and the game plan is simple... head to Frazzled early and then hit up Glow and go home after the sun comes up. Seeing the sun rise is standard draft for certain carnival events, and Glow Barbados is one of them!
>> View Frazzled 3: The 2011 Mug Madness Event Gallery
>> View Cropover 2011 Carnival Coverage 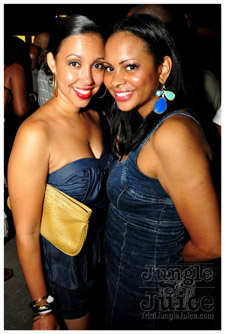 It’s Crop Over Thursday and the game plan is simple... head to Frazzled early and then hit up Glow and go home after the sun comes up. Seeing the sun rise is standard draft for certain carnival events, and Glow Barbados is one of them!

Between 11PM-1AM by phone was blowing up with the pretty much the same message from my friends that already arrived at Frazzled ... “Yo... it’s a real mess down here!” Now when Nick (Red Sno Cone Juice) said this year’s Frazzled will surely be bigger and better, he clearly hit the nail on the head with “BIGGER” as the size of the crowd tripled (quadrupled even). As they say, the dance was RAM! And apparently everyone showed up at the venue at same time ... so it was real drama to get in quick and smoothly, especially for folks that purchased advanced tickets. Two hours to get into a fete, with pushing and the usual foolishness isn’t cool. Luckily, the new venue - West Concourse @ Kensington Oval – held everyone comfortably once inside. Some giant cooling fans would have been a good idea to help folks deal with the Caribbean heat.

So with the long wait to get inside, the massive crowd on hand and the heat, the BAR was party-goers escape. And once again, everyone tried to escape at the same time… making the line up at the bars too congestive. And to make matters worse, ice ran out! Ouch. On the upside, we are thankful to see the promoters get away from the drink chit to cash bar system ... kudos! 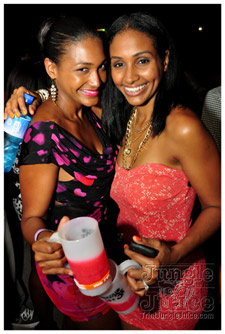 Then comes the party savior.... THE VIBES! Definitely more live entertainment this year and the DJs definitely kept the music pumping. But with number of people in the fete, the key was to get as close to the main stage as possible and not stand in the back of the fete.  Mikey (“Pavement Anticipation”), Red Plastic Bag (“Once Upon  A Wine”) and Big Red (“Bend Over – Don’t Look Back”) all did a great job in entertaining the Frazzled crowd, but it was Lil Rick that STOLE THE SHOW (and that is what town say too). People are just loving “Jones & Wukkup” more and more ... and can’t get enough of it! Rick was also joined on stage by Shanta Price (“Down Dey”) and his son Under Dawg to perform “Rip It Up”.

This was Frazzled’s third installment, and we believe the promoters surely weren’t expecting this sized crowd, hence the drama. But we are confident that BASH BROTHAZ will continually work towards providing the best party experience for their patrons securing Frazzled’s Thursday night spot on the Crop Over calendar.
TJJ will be back next year!