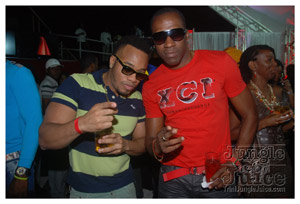 In case you missed it the famed global music campaign ‘Hennessy Artistry - the Art of Blending’, a programme launched by the French cognac house. Hennessy, as a way of celebrating the vibrant multiculturalism that exists in different musical genres, presented Episode One of The Trilogy 2011 entitled ‘We Mix’ which was held at O2 Park in Chaguaramas. In Trinidad, Hennessy Artistry started back in 2008 with live acts such as Marlon Asher etc.  This twenty eleven installment highlighted the sound systems and DJs of the era. Celebrated on the night were DJs and sound systems from the Region and North America, such as, Big Daddy and the Dynasty Crew specializing in chutney soca; who you can hear more of on the internet radio station, http://www.bacchanalradio.com, from 9 a.m. to 12 p.m. weekdays.

High Fidelity, a staple in Trinidad and Tobago’s night life, played a mix of alternative and soca. In addition, The Stone Love Movement, which is a familiar name one is sure to hear in dancehall music, opened his set with classic dub specials. Stone Love is one of the pioneers credited with bringing dub-plates to differentiate their sound from other sound systems in the business. DJ, engineer and mixer, Gimel Keaton, better known as ‘Young Guru’ also touched the set at the Hennessy Artistry event taking the patrons on a musical journey with some classic Hip Hop, all the way up to recent times. Keaton has worked closely with Jay Z since 1999 as an engineer on many of his tracks and that of the Def Jam Label. 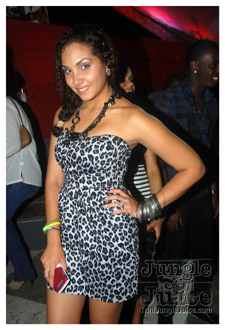 The surprise of the evening was guest DJ Dr. Hyde who showed how it was done in the eighties and early nineties with crates and records in hand raising the life of the event; and I’m sure bringing back a lot of memories of the days of the mix tape and house parties in Trinidad.

Across the venue were well stocked bars where you could have sampled many variations of Hennessy or buy a bottle or two if you chose.

The first episode of the trilogy was well received and we look forward to celebrating episode two and three with this globally recognized brand, which would incorporate live acts.

Hennessy Artistry mixing sound while tasting experiences from around the world.

Cass Stuart for the TJJ Family!