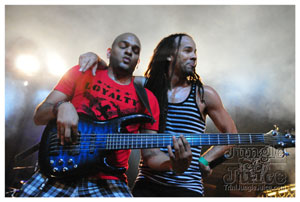 For those of you who didn't get a chance to attend, CALO Festival is the First ever Caribbean music, arts and Food festival taking place Friday to Sunday on the weekend prior to carnival weekend  and just what the people of London needed 'post Riots' to get us Caribbean warm in the midst of a cold summer and make us feel the carnival vibes.
Arriving on the Friday night, Alexandra Palace was as stunning as we thought it would be, albeit a little difficult to get to if you are not in a car. All the car parks were full so my advice is for any events here, be sure and arrive early to get your spot otherwise you are likely to have a steep walk uphill to the venue! Ladies choose your shoes wisely :) First impressions were that it wasn't quite what we expected...with everything all placed in one hall...and a row of what seemed like cinema chairs in the middle, and just one small bar at the back for all the hundreds of people who made the trek to Ally Pally. 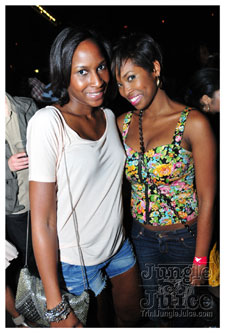 Nevertheless, we were eager to see the performances carded for tonight... we knew we were too late for Maxi Priest so we asked around as to how he performed..until we realised nobody had seen Maxi Priest !!! hmmmm... was he even here? Say what, tonight the Ladies told us was all about KES!!! Some young Ladies made sure they spent their ££££s on VIP tickets, with the promise of mingling with the stars (or maybe just KES)...only to find the 'VIP tent with garden , 3 course meal and a chance to rub shoulders with your favourite soca artistes'  was really just a small marquee at the very back of the venue and far from the Ladies man himself! oops...Anyhow we off to the stage, it's all about the performances right !!! Lil Rick was mashing up the place with his crazy Jones and wuk up, and provided much entertainment on the stage and some nostalgia for those fresh from crop over! Krosfyah also graced the stage giving more love to the Bajans in the house and finally after many hours KES the band was here and the girls were finally happy:) Tallpree also joined KES on stage, but probably not for long enough in our opinion (real vibes!) ! Now 2011 is definitely the year of KES the band as all hands were in the air.. 'big ting, small ting we wining up on all ting' Boy KES definitely took that literally tonight!!!! Before we knew it Friday night was over and the performances we saw did not disappoint at all !!! We hear Blaxx had mash up the stage early too...dam us and our Caribbean timing!!!! so it's time to go home and get some shut eye before the main man Machel joins us tomorrow! 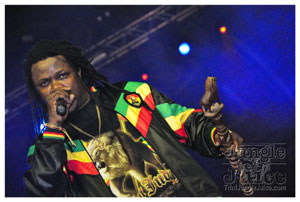 Saturday and Sunday were carded as full days starting around 2pm and encouraging people and their families to come early and enjoy the costume showcase and Caribbean food delicacies. Tired from the night before we caught the last hour of the costume showcase and got to see popular Notting Hill mas bands such as M2K and the London School of Samba show off their stuff on stage. Tonight the buzz was all about Mr Montano, (having not performed in London for some years)... but secretly we are super excited to see 3 canal as well who are set to kick off tonight's show. Capelton was unfortunately another artiste that didn't make tonight and was swiftly replaced by Luciano...disappointed ? no need because Luciano was HANDS DOWN THE BEST live performance we have seen in some time!!! Straight out his house in Brixton, Luci mash up the stage with hit after hit ... who knew this man could do back flips???A few political jokes and plenty lock shaking and rushing into the crowd for some love were just a few highlights! Entertainment !!!! We could have done a Luciano gallery alone!!! 3 Canal were as always FABULOUS and had us itching to see their full show again come T&T carnival next year! Following 3 canal, it was time for the UK soca artistes in the form of Nikisha, Triniboi Joocie and K Marvel, who despite a few technical difficulties, (not their own fault I might add) showed CALO that UK soca artistes do indeed have their following !!! 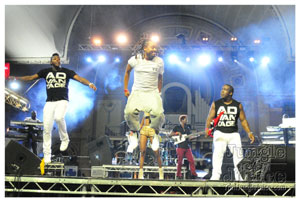 Soon, it was time for Machel, complete with the whole clan...Patrice, Farmer Nappy, Zan, and of course the dancers... is it possible that this year people were more excited to see these contortionists than the man himself? Girls if you missed it think Yoga meets soft porn and you almost there!!! Well let's just say Machel did not disappoint... the man brought us as much energy as he could find, complete with some x rated moments ( did anyone else have an err?? moment ?) and had everyone in CALO on their feet throughout!!! From backstage the music sounded great but taking a quick walk to the middle of the venue, showed that something was definitely off with the Acoustics in Ally Pally tonight and we are not sure the sound system was totally on point...

Finally at 4am Saturday's show was over all we can say we our feet hurting and we not sure CALO will see us for third day running!! Consider it done..;)

Now it was the first year and a fabulous concept with lots and lots going on and lots and lost of people to please...always tough... and there may have been some niggles around the sound system, food and drink and VIP experience in particular but we are confident that CALO can take this on board and make CALO 2012 a massive success. We loved having all the performers in one spot on one weekend to get us fired up for Notting Hill and we know there's bigger and better to come!!!