By Liz aka Posh Juice
Published on 17-Sep-11
a·non·y·mous[uh-non-uh-muhs]
— adj
1.     from or by a person, author, etc, whose name is unknown or withheld: an anonymous letter
2.     having no known name
3.     lacking individual characteristics; unexceptional
4.     ( often capital ) denoting an organisation which provides help to applicants who remain anonymous: Alcoholics Anonymous
>> View Dame Du Show's Anonymous Gallery 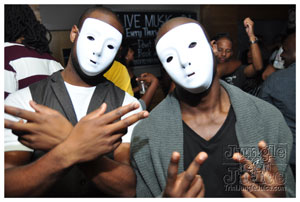 a·non·y·mous[uh-non-uh-muhs]
— adj
1.     from or by a person, author, etc, whose name is unknown or withheld: an anonymous letter
2.     having no known name
3.     lacking individual characteristics; unexceptional
4.     ( often capital ) denoting an organisation which provides help to applicants who remain anonymous: Alcoholics Anonymous

It's a Dame du Show birthday...we know who they are, we know where we are...and these Ladies are certainly individual...that leaves us with the only explanation that this is A.A.- Alcoholics Anonymous...or perhaps more aptly A.W. more commonly known as Anonymous winers!!! That's right we back in Agenda and yuh better keep peeking over yuh shoulder because who knows which masked face is tiefing a wine tonight!! Once again these Fabulous Ladies have something special in store!! For a long time now, we've been saying the Caribbean scene in London needed something fresh and new...the 4 fabulous Ladies at Dame du Show are aiming to do just that as they fly in different DJs from around the world to spice things up and give each new party a sexy new theme... tonight's theme: 'anonymous'... for most that meant hide your face with a mask and misbehave!!!! 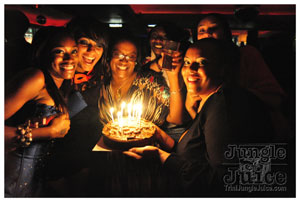 Agenda is a long L shaped club in the city of London with a large bar, ample parking and right near a tube stop...but for some reason isn't quite our favourite, The long slender L shape can make the vibe fluctuate like the FTSE 100 during a recession...and that's kind of what happened tonight...although some peeps were definitely getting on like a top company right from the start!!! The crowd was diverse and varied, which means we did not have to see the same faces, (or bumcees really as most faces were covered!!!) over and over...nice!!! There were Londoners, Europeans, Caribbean and African peeps out for some sexy vibes tonight. Half the crowd spent the night literally dry humping each other, much to our constant amusement, the other half propping up the bar and people watching !!! After spending some time bemused by the ability some people have to have sexual intercourse fully clothed in the middle of a fete and wondering if we were suddenly extras in the Inbetweeners movie it was time for some drinks and some jones and wuk up ourselves!!! 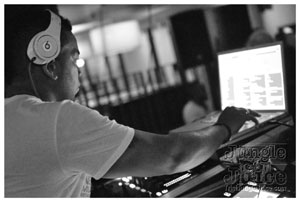 Music tonight was provided by Barry Perryman, DJ Spice DJ Slic, Soca Mafia and of course Dame du Show's own Cinde Rella to name just a few...and the music, like the crowd, was mixed...we had some old school rap, some hip hop, soca, and plenty plenty dancehall (much to the love of the dry humpers!!!)...Those of you who came out looking for more carnival vibes may have been a little disappointed as the music was definitely geared more towards a regular club night rather then a Caribbean fete, BUT the old school rap was a sweet refreshing change to the norm!!

Drinks were actually reasonably priced and always came with a sweet smile and good measure (essential for the A.As in the house!!!)...although for a bar of that size, could have done with just a couple more bartenders...Although we couldn't find any food inside, there was some street roti going on outside for those who were brave enough!!! 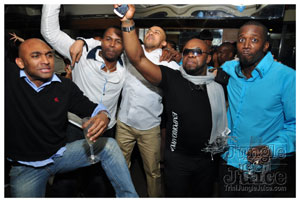 Another successful event for Dame du Show... peeps were having a ball, drinks were flowing and the Ladies did their best to keep the music, the crowd and the vibes fresh and new...Please be aware that as they just keep growing something tells me Dame du Show are the peeps to watch for 2012!!!