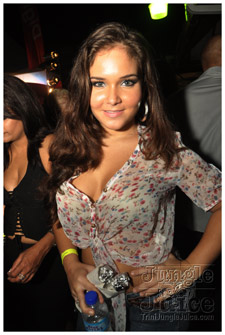 You know a party going to be (or ought to be) good when you have to walk almost a mile to get there. On arrival the first thing that came to mind was......., “Orrr, so here’s where the other 10% of the population or as Karl Marx terms them the bourgeoisies, parties”.

I arrived late and surprisingly the bar still looked as if it could take some more hitting, I estimated 6-7 hrs again. For eatery purposes doubles and gyro were served. There was a full performance by the band Imij & Co. minus Michelle Xavier as she was busy over at the International Soca Awards winning up all the awards, nevertheless the band gave an energetic performance.

All in one, Gruff Memorial All inclusive was what all wakes should be like!