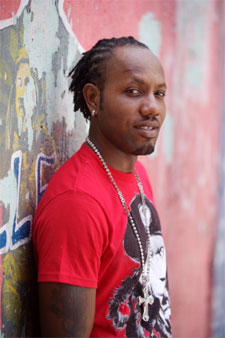 Missing You Right Now, one of the new tracks from Fashozy Records recording artiste Da’Ville’s forthcoming album on VP Records and has been leaked to radio. This sugar coated and deliciously appetizing ballad has already begun creating waves at radio stations here in Jamaica.

Written by Orville Thomas, the track boasts an adrenaline kicker which screeches massive sex appeal on strings and instrumentation. Its catchy hook has without a doubt placed the track among the most bankable reggae love songs released in Jamaica for 2008.

Having already whetted the females’ appetites with pot roasts including Always on My Mind, This Time I Promise, Yesterday and Cant Get Over You, Missing You Right Now looks set to become another chart topping single.

With two albums to be delivered by early next year (the other album is for Japan’s Avex Group), Da’Ville has been working hard in the studios on several projects. Another single to look out for is Never Gonna Cry which has started some momentum at radio.